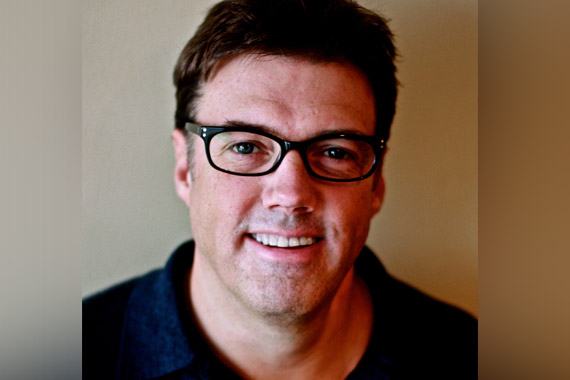 If I were to speculate as to why Frank Liddell is one of the most sought-after producers on Music Row, I would have to say he has great ears, great instincts, he knows when to get out of the way and his records don’t sound like anybody else’s. But don’t think for one minute his learning curve was easy. Liddell wasn’t an engineer, a musician, a songwriter or an artist. He joked about being out to dinner with Dann Huff and not understanding a word he says half the time…and Huff thought he was joking. Liddell says having a publishing background and having a musician’s background are worlds apart.

Liddell moved from Houston to Nashville in the early ’90s, where his first two career stops were Bluewater Music and Decca, where he pitched songs, scouted talent, and helped creatively direct careers but, it was during his stint at Decca, that he started doing what producer’s do.

“I started doing demos years ago with a guy named Bill Holiday, a guitar player who had a studio. And the first time I showed up, he had a track sheet and at the top it said my name as a Producer. I said, ‘What does a producer do?’ I was a songplugger. And he said, ‘You’re gonna help me figure this thing out.’ I had so much fun.”

Recently Liddell won his fourth Album of the Year trophy at the 2017 ACM Awards for Miranda Lambert’s The Weight of These Wings and 2014 ACM Producer of the Year, following his three other wins, for his work on Four the Record in 2012, Revolution in 2010 and Crazy Ex-Girlfriend in 2008.

The Weight of These Wings is two discs (24 songs) and debuted at No. 1 on the Billboard Country Albums chart and No. 3 on the all-genre US Billboard 200 chart in 2016 and is certified Platinum by the Recording Industry Association of America (RIAA).

The Producer’s Chair: I saw where your youngest daughter Annalise (18), has an ‘Assistant Engineer’ credit on Miranda’s album. Would you consider that a part of her artist development?

Frank Liddell: To get where they’re going, everybody in our business, took a different path. If you look at Jay Joyce, he was an alternative rock artist and then guitar player and somehow now—among the many other genius things—I see he produces country records. It’s logical but nobody else will do it that way again. She just said; “You know what … I wanna just work in the studio.” And I think she’s trying to find her way. I think that any time you learn one discipline, or even a little bit about that discipline, you know a little more about another.

Your eldest daughter Aubrie (26) is signed to Warner Bros. How did that come about?

We made her record independently and I funded it (Carnival Recording Company) and Warner Bros. bought the record and took over. We put it out and Warner loved it and bought it and worked with her and this next record will be hers and their record, from the ground up and they’ll be more invested top to bottom. She’s made in-roads in other places. She went out on some dates with Chris Stapleton, Miranda and Brent Cobb and she did some shows on her own.

Can you give me an update on David Nail?

He’s no longer on MCA and for the last eight months he’s been writing songs and recording with a buddy of his. Funny you asked, because he sent me a text today and said, ‘Hey man I wanna get together and tell you what I want to do.’ So I’m really excited.

Chuck Ainlay and Glenn Worf have co-produced with you. When and how do you decide if someone is going to co-produce with you?

That’s been a topic of conversation with me lately, with a handful of people for a lot of reasons. I’m not as much of a producer as other people are. When I came to town, I ended up making records for a lot of odd reasons. I started messing around working on demos in the studio and I thought it was a lot of fun. But I needed someone to bounce ideas off-of and the sound of a record is very important to me. I bounce a lot of ideas off engineers and I try to get them more involved than just settin’ up. Glenn Worf is one of my dearest friends in the world and he and Chuck are old friends. But that’s my call. They both bring really great things to the table. And people go, “Well it’s confusing.” Well I don’t care if people are confused or not. If somebody likes the record, why do they care? I like working with people I like and acknowledging them. We just go in there together and have a lot of fun. I’m pretty good at leaning on some other people. I like being around them and I like to listen to them and I like to hear what anybody has to offer.

Who was the first artist you ever produced and how did that happen?

The first writer I ever found that I thought could get a deal was Chris Knight. This guy’s really special, and this was a process that took many years. I was trying to find someone to produce and a couple of other guys weren’t into it or they couldn’t do it. I didn’t like the way a lot of the records that were coming out of this town sounded for this particular artist. So I just said, “I’ll start figuring this out.” It’s almost like if someone was building on your house and then they quit showing up and you just had to finish it and figure it out for yourself. But I do love it. It’s frustrating ‘cause I’m still slow and I’m still not understanding and I’m not great at it so, when new people call me and want to make a record, I have to be in way early-on, or I’m no good … but for me, it’s easier said than done.

Miranda’s double album The Weight of These Wings was a huge surprise. How did that happen?

When she came to me, she said, “I’m in a different place in my life and I’m open to anything.” And I didn’t want to change anything, but I wanted to capture what she was going through and what she was talking about. So we went over to Eric Massey’s and he has a studio behind his house and we just went over there to work and just see how some of these songs sound and try some different players. It was more about, “Let’s just go have fun and not worry about the end results.” All this was pre-production and so we made the record right there.

She was writing songs and some of the things we recorded early on, experimentally, are on the record. We just amassed songs over time, and one day we had about 35 songs. I said, “We’d better stop recording.”

What was her label’s response, when you delivered that much music?

In this particular case, there were a few things. Miranda wanted to be off on an island and not be bothered. So I told Jim Catino (head of A&R), we’re recording and Miranda wants to be a lot more experimental. Don’t be surprised if some of it makes the record. And to his credit, he understood and he could not have been more helpful about what I was trying to do. So when we got almost done with the record, we had to play it for the label and Miranda said, “Hey, we got a lot of music coming your way,” and they’re like, “What, 24 songs? We’d better start listening now.” And they came and listened to it at Blackbird and they were fired up. We never set out to make a double record. We just started recording and we tried to stay out of editing mode and in creation mode a long as possible and we ended up with two records.

I’ve never had anything but a handshake deal with her. If she walked in one day and said we’re done, then she’s done with me and I don’t take that for granted that we work together. I’m honored and I always have been.

Do you and the artists you develop have your sights set on other labels for them when they’re ready, or are your intensions to build Carnival Recording Company?

That’s a good question. I’m probably in the process of trying to build Carnival a bit more. I would love the opportunity to have a bunch of things to work on, where we don’t have to ask permission, where we can just get careers going.

What are some of the less obvious things that artists in development need to work on?

First of all, you’re going to get asked a lot of questions as you go. How do you start carrying yourself well with poise and self-respect? How when you answer a question, do you not say ‘duh’ or ‘um’? How do you get in a room and say things that matter and look people in the eye? You don’t want to be disingenuous or BS. I think they have to exude some confidence, in some fashion.

How do you as a publisher re-coup the cost of developing artists?

It depends on who’s involved. The monetization of careers is ever-changing. Maybe if you sign someone to a development deal, you’ll have a piece of management and a piece of everything they’re doing. A lot of times now you can develop somebody as a publisher and then you go and get a record deal and they can only sell 80k records and play to 10k people and you’re left out, high-n-dry. It would be nice if someone else paid for it and then just gave me all the money, when it works.

How do new writers develop relationships with publishing companies like Carnival?

Everybody gets in this a different way, but I’ve always said work on your music more than you work the system. I’ve said this on your show before. Somebody can get creative and come in and see me but if the music sucks, they’ll never see me again. It doesn’t have to be me. It could be anybody. I feel like I’ve had all these questions from writers about copyright issues and other people stealing their songs and it’s like, “Dude, no one’s going to steal your songs cause they’re terrible.” Worry about your songs. If you need to go to court, get a lawyer but worry about your songs. If someone is making great music, it’s going to catch someone’s attention somewhere.