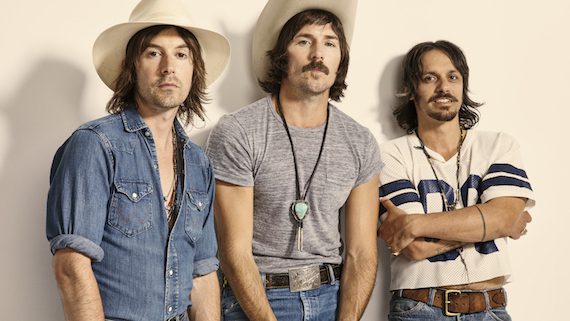 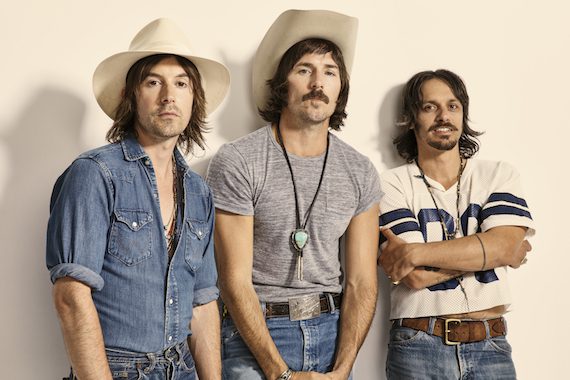 Midland is featured in a new docu-short, Midland: On The Record, which was recently released and was filmed in July 2016 outside of Austin, TX. Nashville-based Riverside Entertainment directed and produced the 17-minute feature, which highlights performances from Poodie’s Hilltop Roadhouse, a honky tonk where Midland has performed a few times.

The directors follow lead singer Mark Wystrach, bass player Cameron Duddy and guitarist Jess Carson to their farms in Dripping Springs in the film, where each member talks about their musical and personal history. Midland: On The Record was screened before a small industry audience at BMI in Nashville.

“Allison Jones at Big Machine first introduced Midland to our executive producing partner, Dawn Solér, and we immediately realized we were getting in on the ground floor of something big,” explained producer/director, Brian Loschiavo. “This doc was shot over a year ago, before ‘Drinkin’ Problem’ ever hit the airwaves, and it was clear to us then that they were the real deal.  Their authenticity, talent and camaraderie has a timeless quality. It has been fun to watch the world take notice.”

The trio will continue their dates with Jon Pardi on CMT On Tour this fall before hitting the road with Little Big Town and Kasey Musgraves in early 2018.