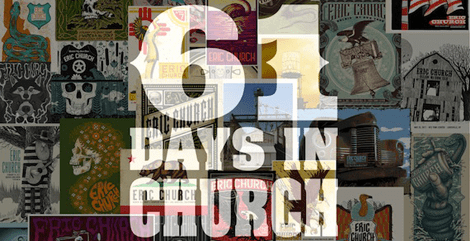 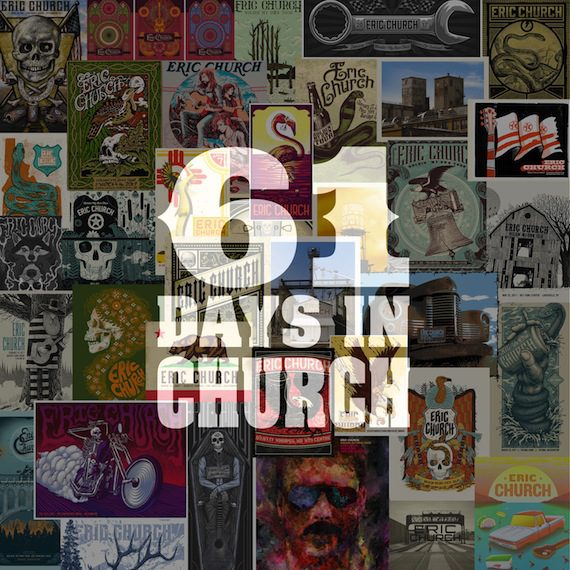 Eric Church is letting fans relive the magic moments on his tour through a new live album, 61 Days In Church. Church recorded the project over the course of sixty-one shows in a five-month period, where he played an average of 37 songs per night.

Beginning Friday (Sept. 1), fans will have access to 30 initial live recordings from various stops across North America. The tracks will initially be released only on the Apple Music platform for a two-week period before being made available on all streaming services.

Following Sept. 1, subsequent tracks including some catalogue and cover songs as well as songs inspired by events that happened while he was on the road, will be released chronologically through the end of the year to complete the list. The unique, individual tour posters from each stop will serve as the artwork for each week’s release.

“I had so much fun learning songs that were unique to whatever city we found ourselves in,” Church reflects. “I learned a lot about each place, and it was special to see the crowd react to the songs that were only for them.  I’m glad we recorded it and can relive it forever.”

A double disc collectible boxed set and vinyl version of the project is slated for release via EMI Records Nashville on Record Store Day, April 21 2018.