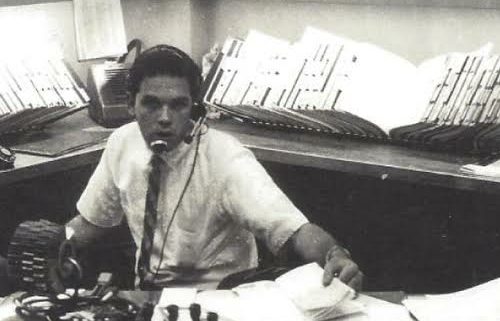 Bluegrass Hall of Fame member Pete Kuykendall has died in Virginia at age 79.

It would be hard to overstate Kuykendall’s importance to the bluegrass industry. He co-founded The International Bluegrass Music Association (IBMA). He created Bluegrass Unlimited, the magazine that is the genre’s bible. He was a songwriter of bluegrass standards, including “I Am Weary Let Me Rest” on the million-selling Grammy Album of the Year O Brother Where Art Thou.

He was a former member of the famed band The Country Gentlemen. He was instrumental in the formation of the International Bluegrass Museum in Kentucky. He was a music publisher, a studio owner, a record producer, an event promoter, a music journalist, a radio disc jockey and a historian/archivist.

Dave Freeman of Rebel Records has said, “Without him, I don’t know where bluegrass music would be today.”

Born in Washington D.C. in 1938, Pete Kuykendall was an avid record collector as a boy. He learned to play banjo and became a member of The Country Gentlemen in 1958-59. He also was a country disc jockey in Maryland and Virginia.

During this same period, Kuykendall began writing for Disc Collector magazine. He was one of the first to write seriously about the records of Bill Monroe, Reno & Smiley, Flatt & Scruggs, The Stanley Brothers and other bluegrass pioneers. He has been called “the first discographer of bluegrass music.”

He worked briefly at the Library of Congress transferring its rare cylinders and acetate discs to magnetic tape. In addition, he built Wynwood Recording Studio in the basement of his house in Falls Church, VA. He recorded a number of country, bluegrass, folk and blues performers there, including Mississippi John Hurt in 1964.

Even after he left the group, Kuykendall produced several Country Gentlemen albums in the early 1960s. He also produced Red Allen and a number of other bluegrass artists.

In 1966, he co-founded Bluegrass Unlimited, initially as a typed and mimeographed newsletter. It is now a glossy, full-color monthly that is read around the world.

In 1968, Kuykendall became one of the founders of the IBMA. Now headquartered in Nashville, this organization launched an annual awards show, a convention, a museum and the Bluegrass Hall of Fame.

He was instrumental in creating and managing the Indian Springs Festival. Launched in 1972, this Maryland get-together was a cornerstone bluegrass event for the next 14 years.

Using the pseudonym “Pete Roberts,” he composed and arranged a number of bluegrass classics. They include “Down Where the Still Waters Flow,” “Journey’s End,” “No Blind Ones There,” “Out on the Ocean,” “Rollin’ Stone” and “Remembrance of You.”

“I Am Weary Let Me Rest” was recorded by several acts. The Cox Family’s version appeared on the acclaimed 2001 soundtrack CD O Brother Where Art Thou. Kuykendall’s songs are published by his Wynwood Music publishing firm.

In recent years, Pete Kuykendall became an avid collector of instruments. He owned rare banjos, mandolins and guitars as well as a treasure trove of recordings. He was regarded as a key historian of his genre when he was inducted into the Bluegrass Hall of Fame in 1996. He and his wife Kitsy Kuykendall remained active in bluegrass circles during the next two decades. They were friendly fixtures at East Coast bluegrass festivals as well as at the annual IBMA conventions
and awards shows.

Pete Kuykendall reportedly began having balance and walking problems. He went into an assisted-living center, but continued to receive friends and share his anecdotes right up to the end of his life.

Kitsy Kuykendall told Bluegrass Today that her husband passed away in his sleep at his nursing facility in Warrenton, VA on Wednesday night, Aug. 23.