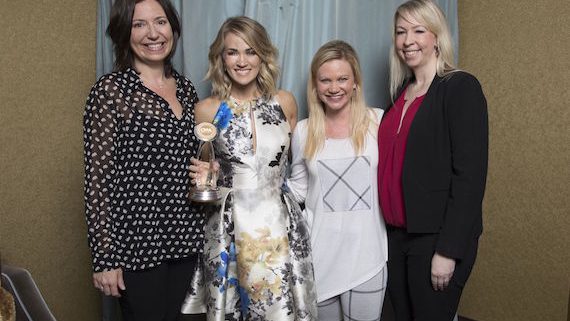 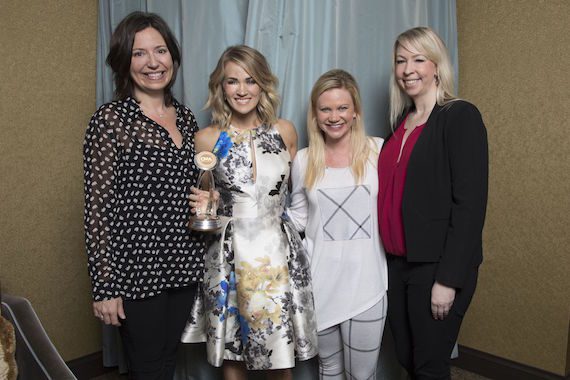 Formerly the International Touring Artist Award, the CMA International Artist Achievement Award recognizes outstanding achievement by a U.S.-based artist who contributes to the awareness and development of country music outside the United States.

Underwood has made touring internationally a priority since performing her first U.K. concert with a quick sell-out at the iconic Royal Albert Hall in 2012, followed by sold-out tours throughout Australia and Canada. After first headlining C2C in 2013, she became the first artist to headline twice, performing in London, Glasgow, and Dublin in 2016, as well as adding dates in Sweden and Norway. Underwood made three additional trips to the U.K. in support of her recent Storyteller album for the Apple Music Festival and major TV performances including X Factor and The Jonathan Ross Show. Last winter, she reteamed with former tour mate Keith Urban for an arena/stadium tour of Australia and New Zealand, bringing her to nearly 25 international markets over the course of the year.

Named for Country Music Hall of Fame member and longtime Executive Director of CMA, the Jo Walker-Meador International Award recognizes outstanding achievement by an individual or company in advocating and supporting Country Music’s marketing development in territories outside the United States.

Potts, one of Australia’s leading promotors, heads Rob Potts Entertainment Edge where he has been at the forefront of country music’s surge Down Under. He is one of the founders of the CMC Rocks festival franchise, including CMC Rocks QLD, Australia’s first sold-out country music festival. Potts also serves as Chairman of the CMA Australian Advisory Group. Five-time CMA Vocal Group of the Year Little Big Town presented Potts his trophy backstage at the CMC Rocks QLD Festival in Ipswich, Queensland, Australia.

“CMA International Awards are a way to recognize our genre’s best ambassadors to fans globally. The recipients of these Awards are the ones on the front lines, continuously driving CMA’s mission to advance Country Music around the world,” said Sarah Trahern, CMA Chief Executive Officer.

The announcement follows several weeks packed with festivals and other country music events in three different countries – first with the C2C Festival in London, Dublin, and Glasgow; and more recently with the CMC Music Awards and sold-out CMC Rocks QLD Festival in Australia. 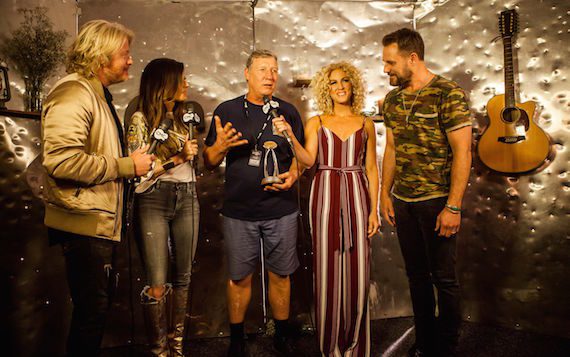