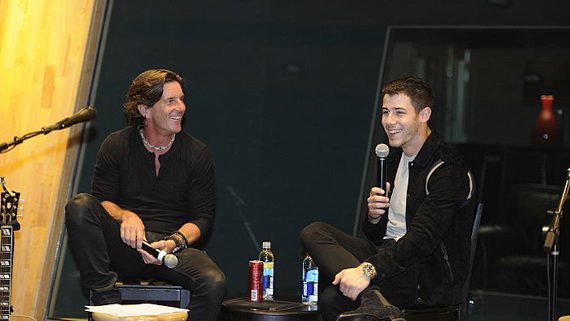 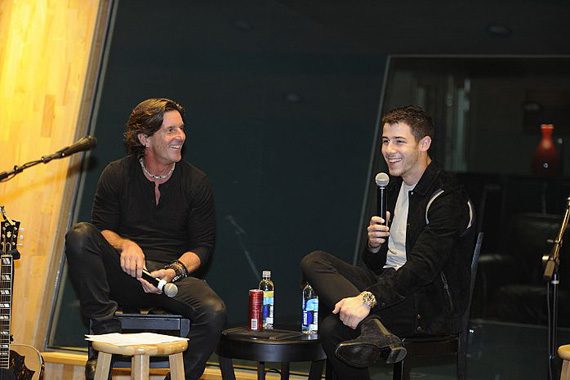 The Recording Academy® Nashville Chapter members were offered a rare and unique opportunity during The Art Of The Craft With Nick Jonas. The invitation-only soiree was held Sept. 6 at The Tracking Room in Nashville, one of the most historic studios on Music Row.

The event gave The Recording Academy® members and guests a chance to learn how Jonas took his initial interest in music and forged a successful musical career as a member of The Jonas Brothers and now, as a solo artist as well as a successful television, film and theatrical actor.

The behind-the-scenes interview conducted by Nashville hit songwriter Brett James created a conversational journey into 23-year-old Jonas’ career, engaging the audience with his unique path and numerous accomplishments at such a young age.

Born in Texas and growing up in New Jersey, his family was in ministry which allowed Jonas to sing in church as a child. On a visit to a hair salon with his mom, someone overheard him singing and that encounter eventually led him to his first audition at age 7 and ultimately landed him a role in Les Misérables. He continued performing in other Broadway shows for several years.

While opportunities may have come his way, the invited guests quickly learned he had a very hands-on approach in capitalizing on those opportunities.

At age 12, he received his first record deal with Columbia which brought him to Nashville to work on a solo album.

Describing the start of his songwriting career, Jonas shared a story about a writing session he had in Music City on his first trip to Nashville at age 11. “I remember an experience where I was on my way to a session out in Franklin and I got sick because I got so nervous about writing, opening up and being creative. They were extremely cool about it and said, ‘Songwriting is all about being vulnerable and opening up and it’s OK that you’re sick. Go home. Get better. And tomorrow, we’ll do it again.’ That kinda shaped my view of what writing meant to me and how to approach it.” 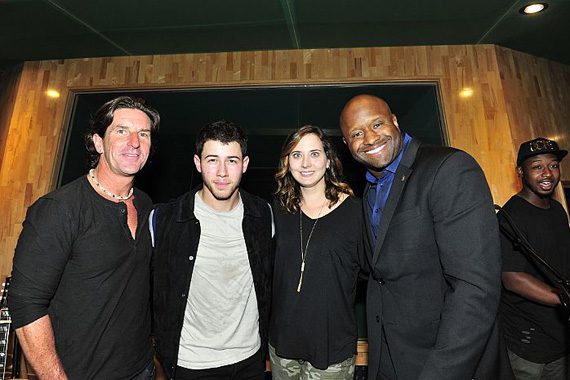 His success wasn’t overnight as he had plenty of setbacks. Jonas was candid when describing the early struggles and how after getting a deal with his brothers on Columbia, they were soon dropped from the label. Before going to Disney and signing a new deal on Hollywood Records which ultimately launched The Jonas Brothers into superstardom, Jonas admitted, “We had these 10 songs that we wrote here and at the time, and as a family, we were probably $200,000 in debt and living in a two-bedroom home with seven of us. We were trying to figure out what we were doing. Our confidence took a big hit after being dropped.”

That lack of confidence was short lived as Jonas and his brothers, Joe and Kevin, went on to sell millions of albums and tour around the world as The Jonas Brothers. Regarding a lifestyle full of touring, living on buses and being in the public eye, Jonas candidly shared, “I choose to look at my life as a whole because I’ve now been doing this for longer than I haven’t. I think it’s my normal. I can’t really say that I know something else.”

Summarizing what being an artist means to him, he confessed, “For me, creativity and writing was always the most important thing. Part of the reason the group started to fall apart as a whole towards the end was because it became inauthentic. Priorities were elsewhere which happened naturally because life evolves and so do interests.”

However, Jonas doesn’t equate having achieved so much success early in his life to the end of learning and exploring his creative interests saying, “I still see there is so far to go and grow.”

After the 30-minute interview with James, Jonas performed several songs for the guests including his Top 10 hit “Jealous” from his 2014 album Nick Jonas, and “Bacon,” his second single from the current critically-acclaimed album, Last Year Was Complicated.

Jonas’ contributions as a songwriter led to him receiving the 2016 Hal David Starlight Award in the Songwriters Hall of Fame.

He is winding up his Future Now Tour alongside Demi Lovato, which landed in Nashville on Sept. 7. 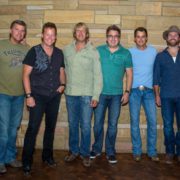 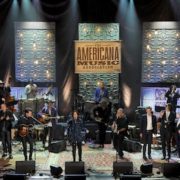 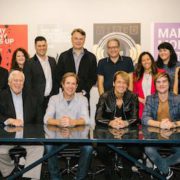 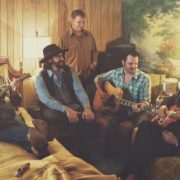