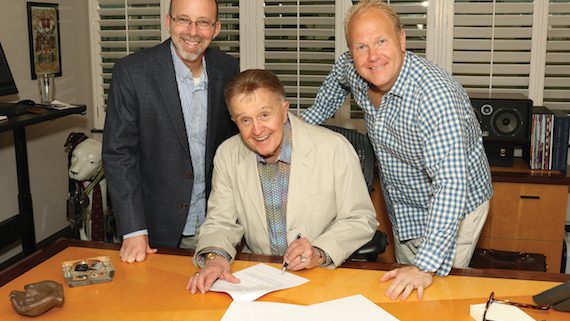 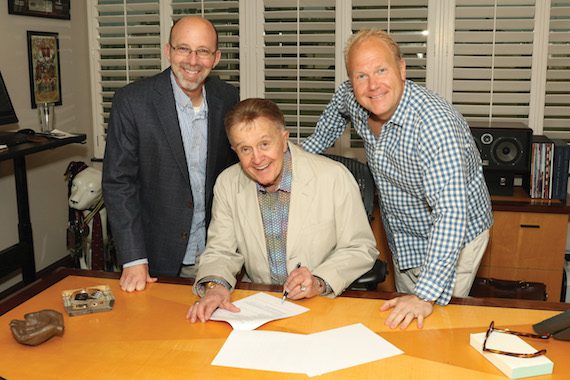 Songwriter and country music icon “Whisperin’” Bill Anderson has been churning out hit songs for seven consecutive decades, and this month, Anderson re-signs once again with Sony/ATV Music Publishing. The six-time Songwriter of the Year award-winner first signed with Tree International, now owned by Sony, in 1958.

Troy Tomlinson, president/CEO of Sony/ATV said, “Few music publishers have the honor of ever getting to work with a writer of the stature of Bill Anderson. Even fewer, are able to maintain a relationship that spans decades. We consider it a privilege to represent a legendary songwriter like Bill Anderson and the body of work that he has created over the years.”

Anderson has penned hits for artists including “Whiskey Lullaby,” (Brad Paisley/Alison Krauss), “A Lot Of Things Different,” (Kenny Chesney), “Give It Away,” (George Strait), and “Country,” (Mo Pitney). Other well-known songs include “Still,” “City Lights,” “The Tips Of My Fingers,” “Po’ Folks,” “Mama Sang A Song,” “8X10,” and many more.

“I’m honored that they still want me and my songs at Sony/ATV,” said Anderson. “Those guys are the best music publishers and song guardians in the world.”

With 40 studio albums and seven No. 1 singles to his credit, the Grand Ole Opry and Country Music Hall of Fame member is set to release an autobiography Whisperin’ Bill Anderson: An Unprecedented Life In Country Music on Sept. 1.