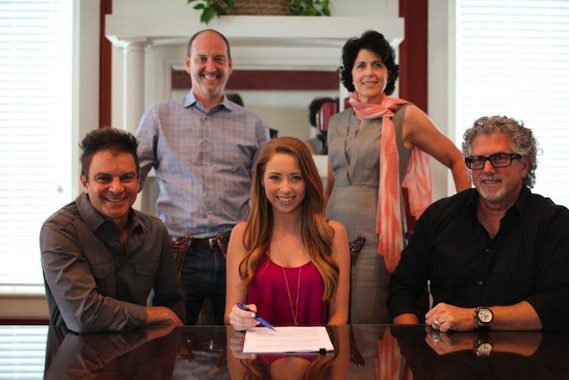 Shorr is one of the earliest members of Song Suffragettes, a collective of young women trying to break through as songwriters and artists in the Nashville music industry. Her first single, “Fight Like a Girl,” was added to Sirius XM’s The Highway. The single has also found support at CMT, Radio Disney Country, Taste of Country, Spotify and Pandora. Shorr co-wrote the song with Hailey Steele and Lena Stone.

Shorr is represented by CAA, Flood Bumstead McCready & McCarthy and Cassetty Entertainment. She is participating in BMI’s Key West Songwriters Festival this week and is confirmed to appear at CMA Music Festival in June. 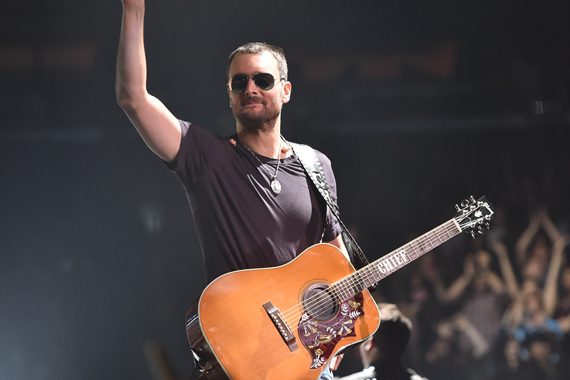 Eric Church will headline a new event called Carolina Kickoff at Dowdy-Ficklen Stadium in Greenville, North Carolina, on August 20. It will be Church’s only 2016 performance in his home state of North Carolina. At least two other artists will be added to the bill, according to local station WNCT.

“We look forward to this great concert with tremendous anticipation, bringing Eric Church to Greenville and fans all across eastern North Carolina. With its 50,000-seat capacity, Dowdy-Ficklen stadium is an ideal entertainment venue for top-tier musical artists. Fans have wanted this for years and we’re hopeful this is the first of many opportunities we have to bring such talent for everyone to enjoy in our city and region,” said Allen Thomas, Mayor, City of Greenville.

The festival was announced Thursday (May 5) by the East Carolina University Department of Athletics and made possible through their partnership with IMG and Basis Entertainment.

Iowa-based Basis Entertainment executive Gary DeWaard said he sees great potential for such an event for the university as well as area residents.

“We here at Basis Entertainment are thrilled and honored to be working with a fine institution like East Carolina University for the Carolina Kickoff,” DeWaard said. “We can’t wait to bring Eric Church and a host of other fantastic musical artists to the Pirate faithful and help kickoff what I am sure is going to be a memorable 2016 football season.”

Tickets for the event will go on sale May 17 to ECU students and football season ticket holders before being available to the general public on May 24. Other performing acts and ticket prices will be announced in the coming weeks.

”Our entire hospitality community is excited that East Carolina is bringing such a high profile artist to Greenville and Pitt County. These high-caliber events not only create a positive economic impact locally, but help to solidify the city of Greenville as a top destination within our state,” said Andrew Schmidt, CHME, MPA Executive Director Greenville-Pitt County Convention and Visitors Bureau.

“We are excited to welcome Eric Church to our stadium for this unique event,” East Carolina Athletics Director Jeff Compher said. “Born in North Carolina, he titled his sophomore album Carolina in 2009. The Carolina Kickoff is a homecoming of sorts for this talented artist. It is with great enthusiasm that we look forward to having him in Greenville and Dowdy-Ficklen Stadium, especially to precede our season opener.” 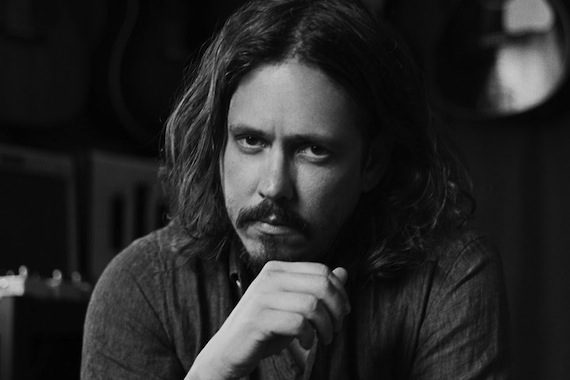 John Paul White will embark on a series of select performances in June, including dates at Brooklyn’s National Sawdust, Philadelphia’s World Cafe Live, and Louisville’s Zanzabar, with support from Secret Sisters.

The tour will feature new material White has been readying over the past year. He contributed “Simple Song” to Dave Cobb’s new collaborative compilation album Southern Family, released in March.

Formerly a Nashville resident, White was a founding member of the Grammy-winning duo The Civil Wars, which went on hiatus in 2012 and officially broke up in 2014. His recent recording collaborations include work with Jason Isbell, Candi Staton, Rosanne Cash, Emmylou Harris and Rodney Crowell, among others. The Civil Wars won 2011 and 2013 Grammys for Best Country Duo/Group Performance. 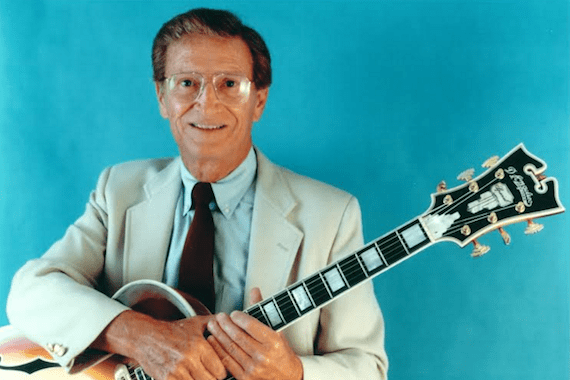 Guitarist Harold Bradley will be presented with the Cecil Scaife Visionary Award on Tuesday, May 17, at the Musicians Hall of Fame.

Bradley, 90, is the most-recorded guitarist in music history and an inductee into the Country Music Hall of Fame. This year mark’s the 70th anniversary of his first session. He and his brother, the late Owen Bradley, built five Nashville recording studios, including the Quonset Hut on Music Row.

Bradley was the first president of the Nashville chapter of NARAS and a member of the Grammy organization’s Board of Governors, and was awarded the Trustees Award at the 52nd Annual Grammy Awards. Bradley also served from 1991-2008 as President of the Nashville Association of Musicians, Local 257 of the American Federation of Musicians, and also was elected as the international vice president until 2010.

Brenda Lee, Ray Stevens, Ray Walker, Charlie McCoy, David Briggs and others will speak at the event. Bradley is also expected to perform.

The award is given annually to an individual whose life and work have made it possible for future generations to realize careers in the music industry. Scaife envisioned a music business programs for college students to learn the industry. That idea grew into what is now the Mike Curb College of Music Business and Entertainment.

Funds raised from the event go into The Cecil Scaife Endowment at Belmont University and a Scholarship in Harold Bradley’s name will be given to a rising senior in the Mike Curb College of Entertainment and Music Business.

A 7,900-square-foot concert space is expected to be part of Nashville’s new location of Topgolf. The golf-themed entertainment complex is scheduled to open in early 2017 at the intersection of Cowan and Jefferson streets.

The corporation submitted plans this week to add the venue to the complex, which already encompasses 65,000 square feet. Nick Cua is a consultant for the Topgolf Live concert space.

According to Topgolf Director of Corporate Communications Adrienne Chance, Topgolf Live’s capacity on the standing room only music floor would be 500 people. The capacity for the VIP lounge will 52 people, with 49 on the VIP rooftop terrace. The venue would include a VIP mezzanine level with two large glass overhead doors that open to an outside terrace, as well as a green room, coat check and box office area. Ticket procedures have not yet been determined.

The Lower Lounge of the main Topgolf venue is typically used as a gaming area in other locations. In Nashville, this would be converted to an additional bar that is connected to Topgolf Live. The Nashville venue will have an upscale industrial appearance.

“Music has always been central to the Topgolf experience, and we can’t think of a better place to build a concert venue than in Music City. We are looking forward to hosting all types of artists and have worked with Nick Cua … and Aria Group Architects to create a best-in-class concert destination with an intimate ambiance for performances,” Chance said in a statement.

Plans for the Nashville location were announced in January. Topgolf has already broken ground on the 22.7 acre site and also has locations in Arizona, Georgia, Florida, Texas, Oklahoma, and more. 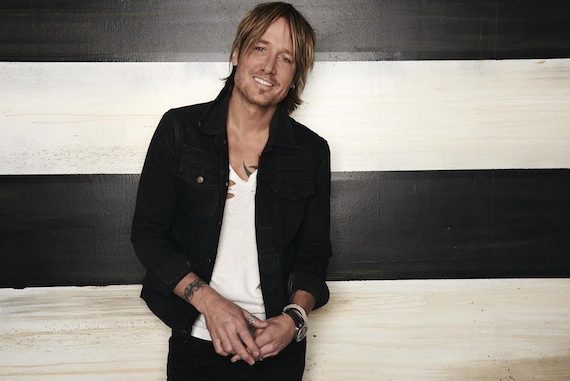 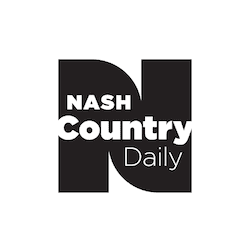 NASH Country Daily is part of Cumulus Media. It is the reinvention of Country Weekly, which ended its print run in April. Lisa Konicki is the site’s editor-in-chief. 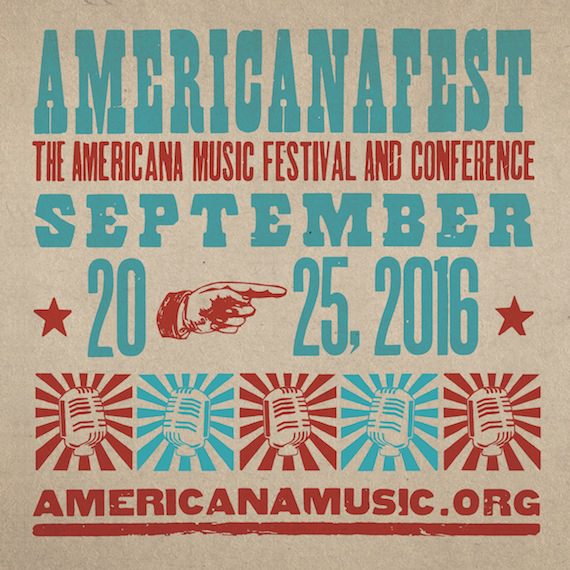 The nominees for the 2016 Americana Honors & Awards ceremony will be announced on Wednesday, May 11, at 7 p.m. ET, via NPR Music’s Facebook Livestream, from the historic Mansion on O Street in Washington, D.C.

The winners of each category will be announced during the Americana Honors & Awards show on Sept. 21 at the Ryman Auditorium in Nashville.

The celebrated program is the capstone event of AmericanaFest, the Americana Music Festival & Conference, which runs from Sept. 20-25. 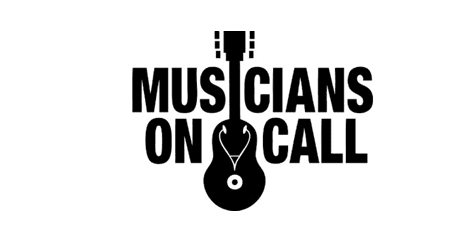 Digital RodeoTV and simulcast partner Renegade Radio Nashville have announced four days of shows at The Valentine on Lower Broadway in downtown Nashville next month. The charity event will take place June 9-12 and will benefit Musicians On Call.

“Musicians On Call is grateful to Digital RodeoTV and The Valentine for their support of the healing power of music,” said Pete Griffin, President of Musicians On Call. “With the funds raised we can bring more live music to the bedsides of patients in healthcare facilities in Nashville and across the country. We’re looking forward to an incredible party for a great cause!”

The lineup is as follows:

Guest host for the event is Caroline Cutbirth Hobby from The Amazing Race. She is also a character on CMT’s I Love Kellie Pickler and a correspondent for CMT. She hosts a podcast called Hyper Caroline Hobby that spotlights artists, behind-the-scenes figures, songwriters, athletes, and others in the entertainment industry. Her guests have included Darius Rucker, A Thousand Horses, Old Dominion, LIT and Who Is Fancy, 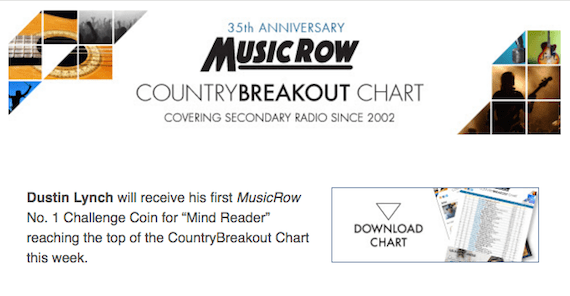 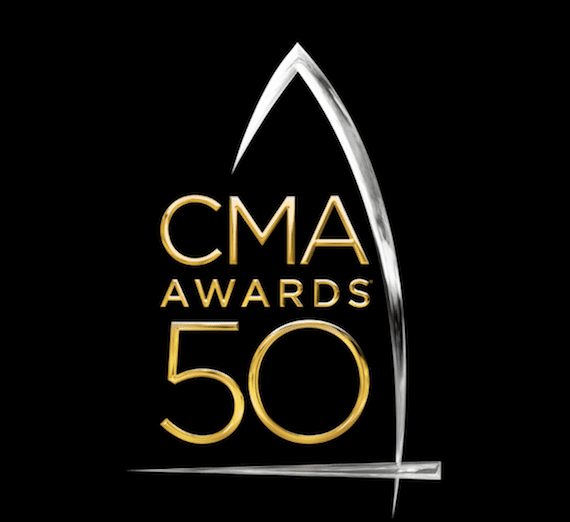 “Voting for the recipients of our CMA Awards is often cited as the most significant benefit of being a member of CMA, but it is also one of the most significant responsibilities of membership,” said Sarah Trahern, CMA Chief Executive Officer. “This year, as we celebrate five decades of the CMA Awards, it is more important than ever for members to participate in the voting process for Country Music’s Biggest Night.”

The 2016 CMA Awards nominees and winners are determined by more than 7,300 professional members of CMA, which was the first trade organization established to promote an individual genre of music, formed in 1958. The eligibility period for the 2016 CMA Awards is July 1, 2015 to June 30, 2016. All voting will be conducted online.

The first ballot and instructions will be emailed Tuesday, July 5 to CMA members in good standing who are eligible to vote. Voting for the first ballot closes Friday, July 15 at 6:00 p.m. CT.

Winners will be determined in a final round of voting by eligible voting CMA members. The third and final ballot will be emailed to CMA members Thursday, October 10. Voting for the CMA Awards final ballot ends Tuesday, October 25, at 6 p.m. CT). All balloting is officiated by the professional services firm of Deloitte & Touche LLP.

“The integrity of the voting process is central to CMA’s mission,” added Trahern. “We take pride in setting the bar for awards integrity and presentation. We constantly strive to maintain the highest standards in balloting and voting for the many honors presented by CMA.”

CMA Broadcast Awards are presented for Personality and Station of the Year in four categories that are determined by market size (major, large, medium, and small), as well as CMA National Broadcast Personality of the Year.

To submit an entry, CMA member radio stations and broadcast personalities in the U.S. and Canada should log on to Broadcast.CMAawards.com, where guidelines and instructions for entries are posted. The site will continue to accept submissions until Thursday, June 30, at 6 p.m. CT.

All entries must reflect performances and events between June 1, 2015 and May 31, 2016. CMA’s panel of judges, which includes distinguished radio and industry professionals, will be able to view and evaluate each entry online.

CMA Broadcast Awards winners will be notified in early October and recognized at The 50th Annual CMA Awards, which will be held later this year in Nashville. The annual, three-hour gala will be broadcast live on the ABC Television Network.