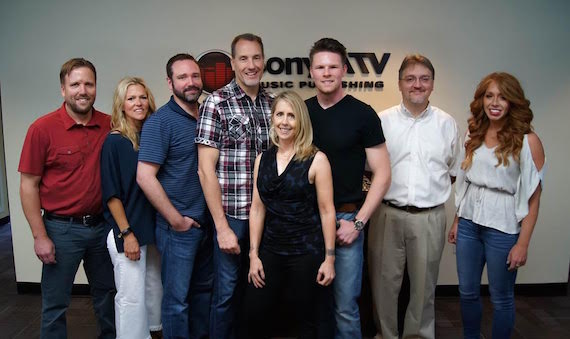 Sony/ATV and Carole-Ann Mobley have jointly signed singer-songwriter Josh Martin to a worldwide publishing contract. Martin, a Kentucky native, moved to Nashville in 2013.

Martin said, “There was an overwhelming feeling of joy and excitement when Carole-Ann and I met with the Sony/ATV team for the first time. Now, going to work every day in Music City knowing that I have some of the most well respected and experienced professionals on my team is huge motivation for me to continue to hone in my craft and strive for great things! I’m super excited to see what the future has in store for us and am confident that with Carole-Ann and Sony/ATV working together, there will be no boundaries.”

Mobley remarked, “I’m incredibly excited to get to partner with my friends at Sony/ATV. We have had tremendous success together over the years and I am confident we will again with Josh. I wanted to create the right team that felt the immediate passion that I did when I first heard Josh sing. Not only is he an incredible musician and gifted vocalist, he also has something special to say as a songwriter. Tom, Hannah, Josh, Troy and rest of the team are the exact right fit for us.”

Sony/ATV’s Tom Luteran stated, “The first time Carole-Ann played me some of Josh’s demos I was blown away. His rich tone and his unique lyrics grabbed me and never let go. I am looking forward to working with Carole-Ann on this musical journey. She adds her impressive experience and expertise to the mix for a perfect combination.” 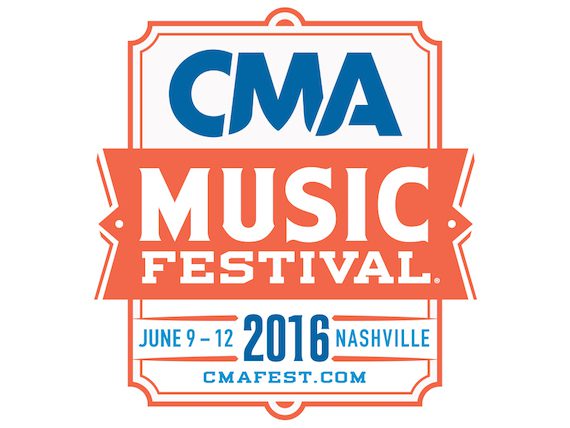 CMA Music Festival today announced the addition of two new stages for this year’s event, running June 9-12. New in 2016 are the AT&T Skyview Stage and Budweiser Acoustic Stage, both located at Ascend Amphitheater. This brings the total number of stages to 11.

To celebrate the amphitheater, which opened in 2015, CMA is hosting a free Kick-Off Concert and Opening Ceremonies on Wednesday, June 8 (11 a.m.). The Opening Ceremonies will be hosted by Chris Young and feature appearances by the Mayor of Nashville Megan Barry, the Fisk Jubilee Singers, and Metro Nashville Public Schools students who have benefited from funds generated by the Festival.

Also new to the Festival this year, the Budweiser Country Club is a three-story structure located in Fan Alley. The open-air space features two 20-foot bars.

Artists and schedule subject to change. 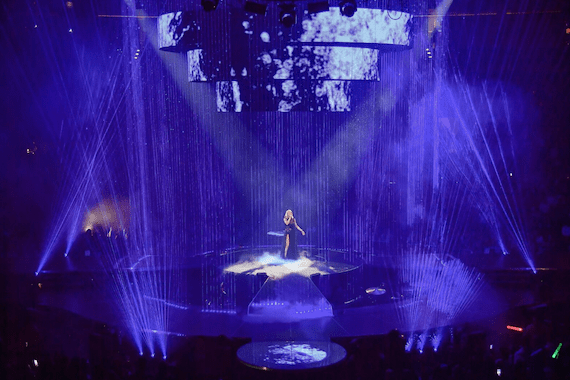 The tour will resume Aug. 31 in Anchorage, Alaska. 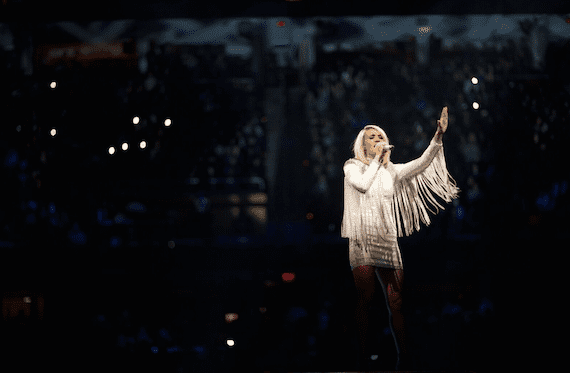 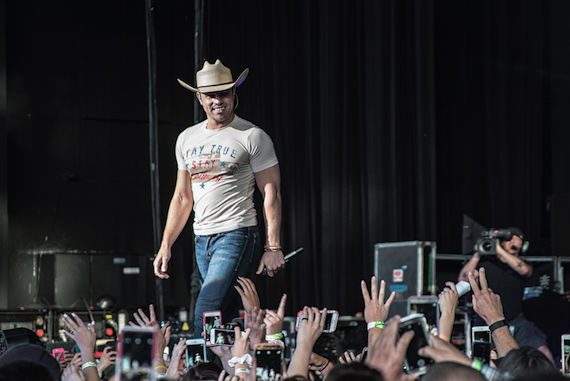 The collection can be found online at staycountryclothing.com. 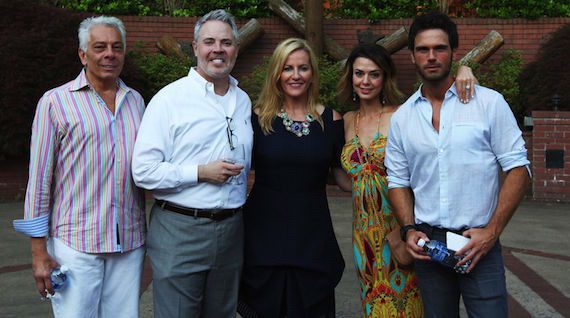 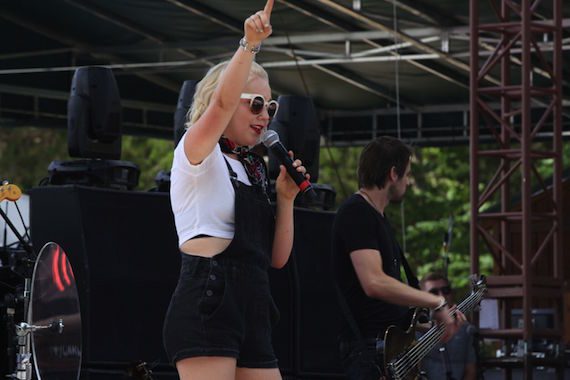 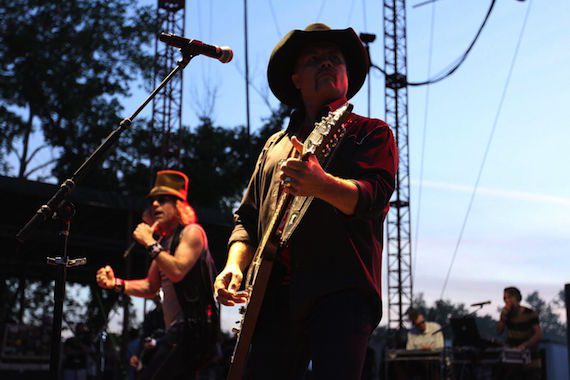 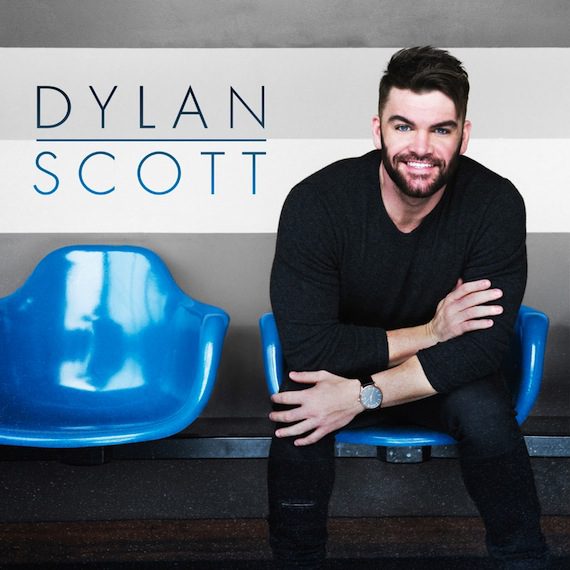 Dylan Scott will release his self-titled debut album Aug. 12 on Curb Records. The artist recently announced the album release date, as well as his new single “My Girl,” and his wedding.

The self-titled album features 13 songs, seven of which were co-written by Scott. “All the songs on this album are me,” he says. “They are a direct reflection of my life. It’s a special time for me to launch a new single, a new album, and get married all in the same weekend!”

Scott’s most recent single was “Crazy Over Me.” It was the follow-up to his successful debut single, “Makin’ This Boy Go Crazy.”

The rising artist was an opener on Lee Brice’s Life Off My Years Tour, and was also highlighted as one of Spotify’s Spotlight on 2016 Country Artists. 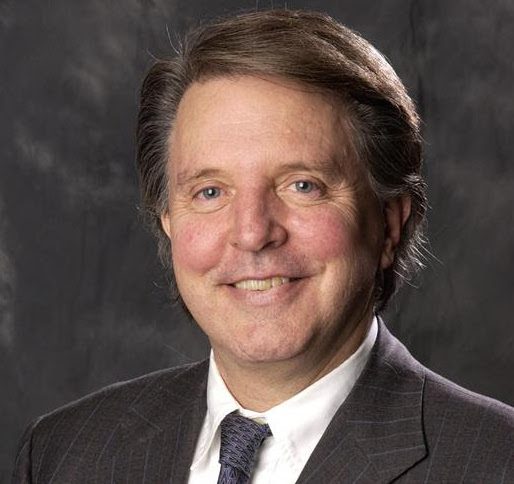 The award, which honors executives who have shaped the course of independent music, will be presented during A2IM’s fifth annual Libera Awards, to be held at Manhattan Center’s Grand Ballroom on Thursday, June 16.

Presented by SoundExchange and hosted by Ted Leo, this year’s ceremony will feature live performances, a seated dinner, and awards honoring the best of Independent music.

“Mike Curb is unique, one of a kind, and in a class of his own. He is not only revered for his diverse career as a label-owner, top-charting songwriter, producer, and for being Lieutenant Governor of California. He has preserved ten of Nashville’s most historic music industry landmarks while championing music business education and being inducted into several Halls of Fame,” said A2IM CEO Richard Burgess. “It is difficult to conceive how anyone can achieve so much in one lifetime. In short, Mike is a complete game-changer to whom we will all be forever grateful for his immeasurable contribution and it is our honor to present him with this award.”

“For the last decade A2IM has represented the independently owned music enterprises and has elevated the independent companies significantly. A2IM has allowed all of us to speak with one voice at a time when the music industry has been extremely challenging. Dr. Richard Burgess is leading us into the next decade which will present even more challenges and more importantly, incredible opportunities,” said Curb. “I am proud to be the recipient of the Lifetime Achievement Award on the tenth anniversary of A2IM.”

“Mike Curb has fundamentally changed our industry and the Nashville music scene for the better,” said Michael Huppe, President and CEO of SoundExchange. “His tremendous philanthropic endeavors aid underprivileged communities and provide music education to so many deserving young artists. As music fans we are all indebted to him for discovering and developing so many artists that we love. SoundExchange is proud to have an opportunity to work with such an incredible leader in the industry. Mike is a legend and this remarkable honor is well-deserved.”

Curb is the founder and chairman of Curb Records. Since its launch in 1962, Curb has had more than 300 No. 1 records with some of country, christian and pop/rock’s biggest acts, including Tim McGraw, Hank Williams Jr. and the Four Seasons. 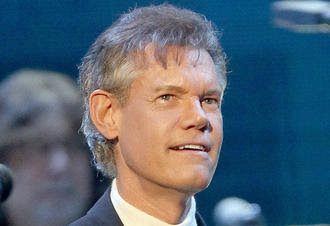 Both honors will be presented during the Country Radio Hall of Fame Dinner and Awards ceremony, which will be held on Wednesday, June 22, 2016 at the Omni Nashville Hotel. A cocktail reception will take place at 6:00 p.m. with the induction ceremony to follow at 7:00 p.m.

“This annual event has proven to be one of the most special nights of the year in our industry, as we recognize and honor the greats in our business,” said CRB/CRS Executive Director, Bill Mayne.

The CRB Artist Career Achievement Award is presented to an individual artist or act that, through their creativity, vision, performance or leadership has made a significant contribution to the development and promotion of country music and country radio.

Travis commented, “To be chosen by the Country Radio Broadcasters for a Career Lifetime Achievement Award is an honor quite unlike any other. The artist’s and the broadcaster’s relationship is one of unspoken respect. I appreciate so much the kindness I have been shown over the years by radio; and, I have enjoyed the many interviews I have had the opportunity to do with so many of the stations across the country. You have each become a part of my success and allowed my fans an opportunity to know me better—as an artist and as a person. Thank you for believing in me…and in my body of work. It is YOU which I take my hat off to.” 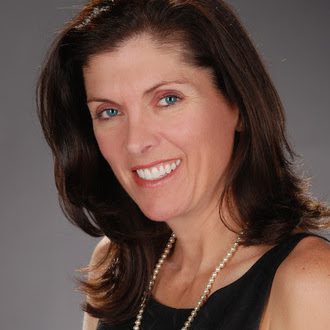 Bowen has spent 15 years on the CRB Board of Directors. During that time, Bowen was a member of the board’s Executive Committee, holding an officer position as longtime secretary for the organization. Bowen’s more than 30 years of successful radio and sales experience at WKIS in Miami played a role in shaping the success of CRS.

Bowen commented, “I am deeply honored and humbled to be this year’s recipient of the CRB President’s Award. This organization has had a tremendous impact on me both professionally and personally. Serving within this organization has enabled me to learn from the brightest minds in Country Radio and Country Music. It has always been a labor of love and I am very proud to have contributed to the success of Country Radio Seminars and CRB.” 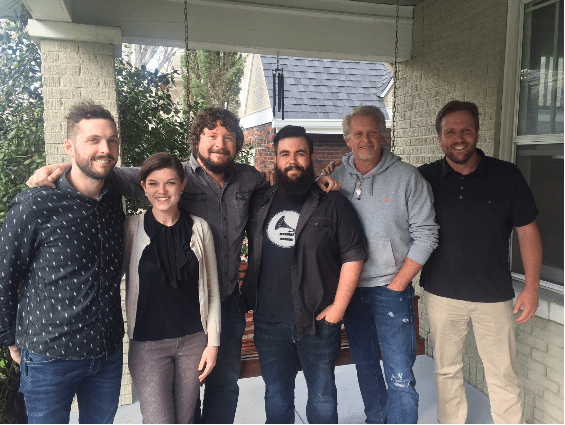 The Louisville, Kentucky native relocated to Nashville in 2011, and immersed himself in the country music scene.

“Anthony is a true triple threat: writer, producer, and musician. We at Combustion can’t wait to dig in and help realize his true potential,” said president Chris Farren.

“There couldn’t be a better company for me,” Olympia said of Combustion Music. “I anticipate the next few years to be some of the best of my career.” 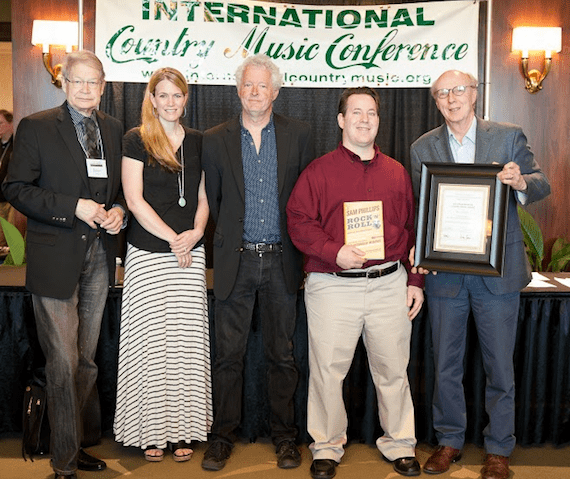 Nashville’s Belmont University hosted the International Country Music Conference on May 26 through 28. During a luncheon on Friday, Pete Finney was honored with the Chet Flippo Award for excellence in country music journalism, and Peter Guralnick was honored with the Best Book on Country Music award for his biography about Sam Phillips. Jimmie Rodgers Snow was a special guest at the event.

What Counts in 140 Characters?

Twitter is changing the rules for what counts toward the 140 character limit of Tweets. According to the company, @names in replies and media attachments (like photos, GIFs, videos, and polls) will no longer “use up” valuable characters. See the blog for details. 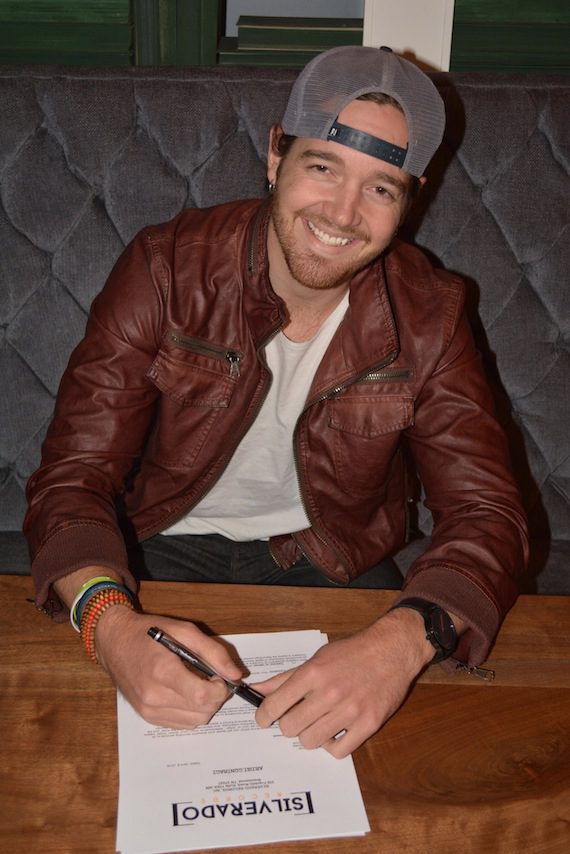 Silverado Records has tapped Zack Dyer as the first songwriter to be featured on its upcoming Silverado Signature Songwriter’s Series recordings. The release date is yet to be announced, and the label intends to release several volumes per year.

“This is a great way to connect music fans with the best songwriters, as well as Country music’s future stars,” said Silverado Records CEO Scott Thomas. “Zack is the perfect talent to kick this off, and represents well the abundant talent out there in the songwriting community.”

Dyer, a Minnesota native, moved to Nashville in 2015 to pursue a full-time music career. 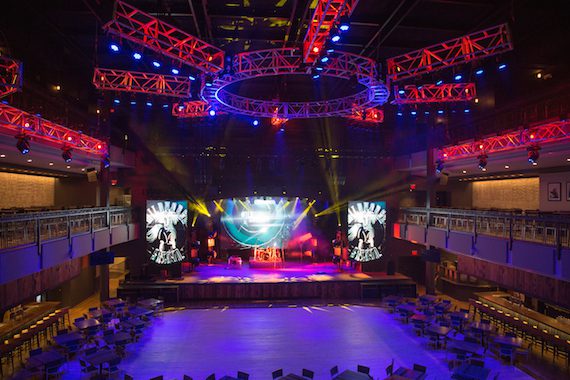 Longtime Nashville venue The Wildhorse Saloon celebrates an $8.6 million renovation, complete with a new sound and audio/visual system that will allow the venue to live stream its performances.

A new menu will include a wide selection of local craft beer on tap, including a Yazoo beer crafted exclusively for the Wildhorse Saloon, called Lucky 22. 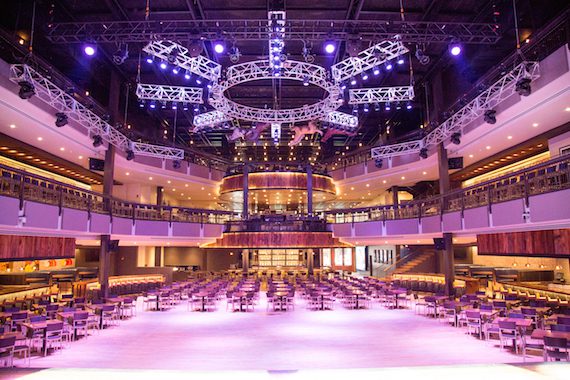 “Our Wildhorse Saloon has been an integral part of downtown Nashville’s entertainment district for more than 20 years, and we’re excited for locals and visitors alike to see how the enhancements to this iconic venue reflect the vibrancy of today’s Music City brand,” said Pete Weien, general manager of Gaylord Opryland Resort and Attractions.

“We are confident guests will love the new changes and upgrades, especially the new state-of-the-art sound audio visual system and live streaming capabilities that will carry on the tradition of sharing the Wildhorse stage with the world and connecting even more people to Nashville,” Weien said. “Visitors can now experience the effects of a national touring audio/video package in a relaxed and intimate setting.”

The Wildhorse Saloon, which opened in 1994, is owned by Ryman Hospitality Properties, and is located at 120 2nd Ave. N. The venue can hold more than 2,000 people for concerts. 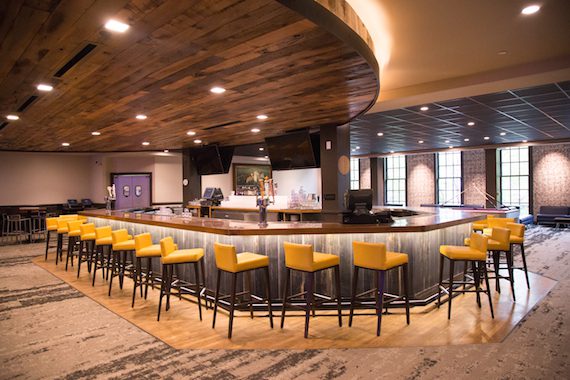 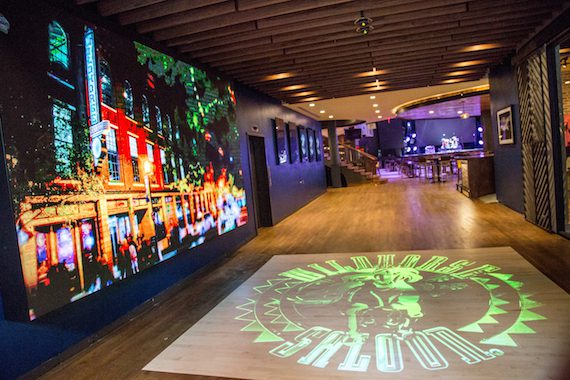 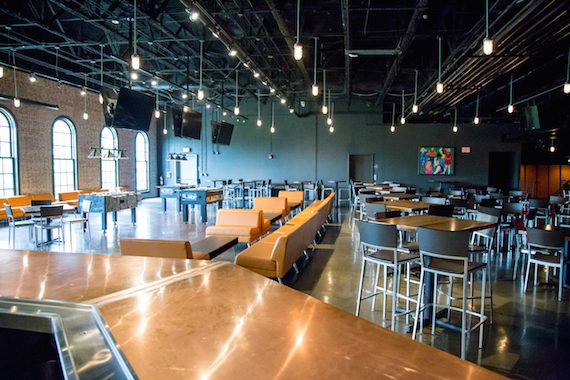 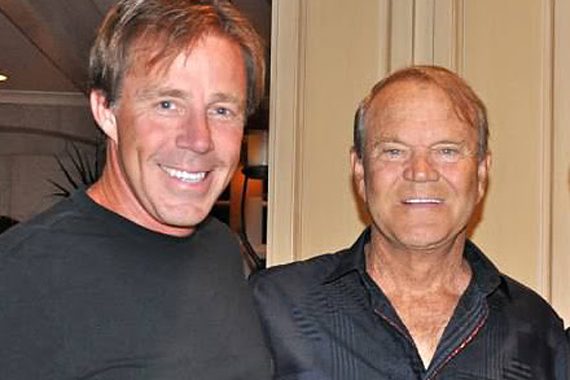 “[Glen Campbell] is one of the greatest talents to ever walk the face of the earth,” Kimbrell says. “I’ve helped on a few projects over the years… Stan is Glen’s age and he asked a while back if I would consider taking over and the family blessed that. My goal is to make sure Glen’s musical legacy lives on forever and is passed down for generations to come.”

Campbell’s struggle with Alzheimer’s disease has only escalated since the entertainer’s farewell tour and corresponding 2014 documentary I’ll Be Me. Documentary director James Keach (Walk The Line), is currently working on a biopic for Campbell.

“There’s a ton of unreleased music and the more you get into it the more you find,” Kimbrell continues. “There were years Glen played guitar or sang on 500-600 records per year. There are unreleased recordings of him with [famed LA studio musicians] The Wrecking Crew — lots of them.”

As for Campbell’s current health, Kimbrell reported: “He seems really happy. It’s hard for him to put words together. Physically, he looks healthy — like the Glen Campbell we all know. He smiles a lot, and loves seeing his wife Kim and the family. They are always there caring for him.”

Kimbrell is the longtime manager for Toby Keith. Additionally he manages the late Chris LeDoux and Campbell’s son and daughter, Shannon Campbell and Dot recording artist Ashley Campbell, among other artists.