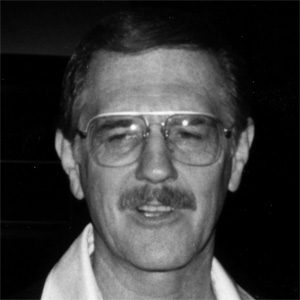 According to Hall of Fame executive director Mark Ford, Harris passed away on Sunday, Nov. 22. The Columbia Daily Herald reports that the songwriter died at his residence in Lewisburg, TN.

Among his best-known songwriting hits are Charley Pride’s “The Happiness of Having You,” Dottie West’s “Paper Mansions,” Ferlin Husky’s “Once” and the Glen Campbell/Steve Wariner duet “The Hand That Rocks the Cradle.” The much-recorded country standard “Crystal Chandelier” is also a Ted Harris song. He is the most-awarded country songwriter in the history of SESAC.

Born Theodore Clifford Harris in 1937, the songwriter grew up in Lakeland, Florida. He began playing guitar at age 8 and was writing songs by age 12. After working at a local newspaper, he decided to move to Nashville at age 20.

He had no contacts in Music City, but his favorite star was Hank Snow (1914-1999), so he went to visit Snow’s publishing company, Silver Star. Snow turned the Harris-composed “Chasin’ a Rainbow” into a top-10 hit in 1959. He also recorded the songwriter’s “My Lucky Friend.”

Singer-songwriter-publisher Ted Daffan (1912-1996) became the Nashville newcomer’s mentor. Despite the encouragement of Snow and Daffan, Ted Harris worked in the grocery business during his first seven years in Nashville.

In 1966, Ted Harris scored with “Once,” which became a major hit for Ferlin Husky. Roy Drusky recorded “Rainbows and Roses.” Dottie West followed with 1967’s “Paper Mansions,” another big hit.

Ted Harris became one of the earliest members of the Nashville Songwriters Association International (NSAI) in 1968. The following year, he won the first of four consecutive SESAC awards as Country Songwriter of the Year.

Similarly, Harris’s song “Here I Go Again” was a hit for Bobby Wright in 1971 and was subsequently recorded by Lynn Anderson, Del Reeves and Nat Stuckey. In 1972, Ted Harris collected a still unequalled 17 SESAC awards as both a songwriter and publisher. By this time, he had become a board member of the Country Music Association (CMA).

Charley Pride took the Ted Harris song “The Happiness of Having You” up the charts in 1976. It won SESAC’s Country Song of the Year award.
“The Hand That Rocks the Cradle (Rules the World)” became a 1987 smash for Glen Campbell and Steve Wariner. It won yet another SESAC award. Harris has 87 of these.

Ted Harris is uncommon in that he wrote almost all of his hits solo. He was inducted into the Nashville Songwriters Hall of Fame in 1990. He retired in 2001 and sold his publishing company to Sony-ATV. But he remained active on the Nashville scene, occasionally playing at songwriter showcases and pitching his catalog’s tunes.

Ted Harris is survived by wife Jackie, by sons Bradley and Joshua and by three grandchildren.

Visitation is scheduled for today (Nov. 24) at the London Funeral Home in Lewisburg, Tennessee from 4:00-8:00 p.m. The funeral service will be on Wednesday (Nov. 25) at the East Commerce Baptist Church in Lewisburg.