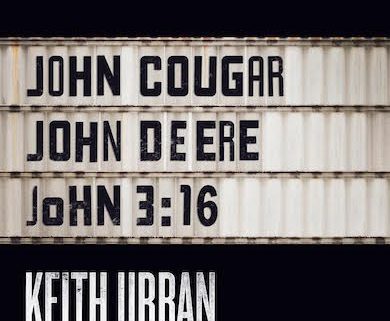 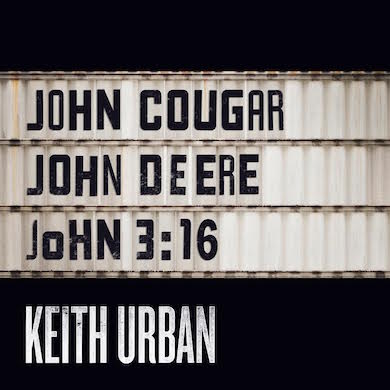 Keith Urban is rolling out a new single tomorrow (June 9), just in time for Wednesday’s CMT Awards, where he’ll debut the track live onstage. “John Cougar, John Deere, John 3:16” is the first song from his upcoming album, the first in two years since the release of Fuse, which yielded four chart-topping singles.

The uptempo track was co-produced by Dann Huff and Urban, and instantly resonated with Urban when he heard it.

“It’s the poetic use of the three John’s and what each represents to me,” says Urban. “‘John Cougar, John Deere, John 3:16’ was sent to me a few months ago by one of the songwriters and I loved it immediately—loved it so much that right before I walked out on stage at the Ryman Auditorium for CRS a few months back, I thought I’d play the song solo acoustic to see what the audience thought. Flash forward and there’s no doubt that their response that day helped make it the first single from what will be my next album. It’s a great feeling to be back in the studio shaping a new album.”

The Shane McAnally/Ross Copperman/Josh Osborne–penned song will be digitally delivered to radio tomorrow morning and will become available for purchase and streaming at midnight tomorrow.