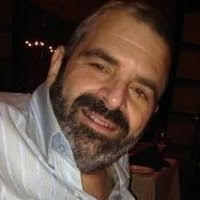 In lieu of flowers the family has asked that donations be sent to MusiCares “In Memory of Steven Goldmann”, to either:

Goldmann has been one of the most prolific and successful Nashville directors of the past 20 years with more than 200 videos to his credit as well as a number of films and television shows. He was named CMT’s Video Director of the Year in 1993, 1996 and 1997.

He also directed the films Our Country (Gaylord, 2003), Broken Bridges (Paramount, 2006) and Trailer Park of Terror (Summit Entertainment, 2007). A native of Canada, he also helmed numerous television projects in his homeland. For the Lifetime channel, he directed several episodes of the series Missing.

Goldmann’s Nashville career began in 1991 with videos for Paul Overstreet, Paulette Carlson, Lee Roy Parnell, Michelle Wright and Anne Murray. In 1992-93, he began directing the series of videos that brought McBride to fame — “Cheap Whiskey,” “My Baby Loves Me” and “Life #9.”

During the same period, he directed Clint Black’s “When My Ship Comes In,” Shawn Camp’s “Fallin’ Never Felt So Good” and Twain’s “What Made You Say That.” He also did the Tillis videos “Shake the Sugar Tree,” “Spilled Perfume” and “Let That Pony Run” and in years to come, he directed her clips for “When You Walk in the Room,” “Deep Down,” “The River and the Highway” and “All the Good Ones Are Gone.”

In 1994-95, he created an impressive 43 videos, working with such stars as Kathy Mattea, Mark Chesnutt, Lari White, Marty Stuart, Wade Hayes, Shelby Lynne and James House. Among the videos were such hits as Ty Herndon’s “What Mattered Most,” Shenandoah & Alison Krauss’s “Somewhere in the Vicinity of the Heart” and Lorrie Morgan’s “I Didn’t Know My Own Strength.”

In 1996, Goldmann’s clip for Collin Raye’s “I Think About You” won the ACM award as Video of the Year and Twain’s “(If You’re Not in it for Love) I’m Outta Here” was CMT Canada’s Video of the Year. His other clients in that year included Mary Chapin Carpenter, Ray Vega, Mark Wills, Billy Yates and Lonestar.

The CMA named his “455 Rocket” clip for Mattea its Video of the Year in 1997. It also won a Nashville Music Award.

Golmann’s 1998 video for Faith Hill’s mega-hit “This Kiss” became one of his most acclaimed. It won Video of the Year honors from CMT, TNN and the Nashville Music Awards.

Success continued for the director in the new millennium. His 2000 film short subject 50 Odd Dollars won awards at the Alabama Film Festival and the Houston Film Festival. In 2003, “Drive (For Daddy Gene)” for Alan Jackson won the ACM Video of the Year award. Goodman’s clip for Emerson Drive’s “Moments” earned the 2007 Video of the Year at the Canadian Country Music Awards.

Earlier this month, Steven Goldmann’s family issued an appeal for funds to help him in his fight against cancer.