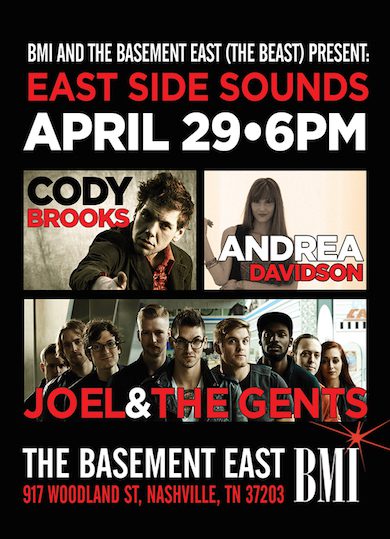 BMI will soon launch a free monthly showcase, “East Side Sounds,” at the newly opened Basement East (a.k.a. The Beast), a music venue located at 917 Woodland Street in East Nashville. The kick-off showcase will be held Wednesday, April 29, beginning at 6 p.m.

“This is a great way to support our songwriters,” says Clay Bradley, BMI’s Associate Vice President, Writer/Publisher Relations. “We’re dedicated to developing and highlighting our many talented acts, and we’re thrilled to be able to do this at The Beast.”

The Beast is the sister venue to the legendary Basement venue, home to BMI’s quarterly Buzz at the Basement up-and-coming songwriter series.

“It’s been growing for a while,” says BMI singer/songwriter Brooks. “It is a ground floor movement, not even that, it’s underground. Hell… it’s in a basement, and the roots of this city give us shelter. What a brave move incorporated (BMI) to feed the belly of the Beast.” 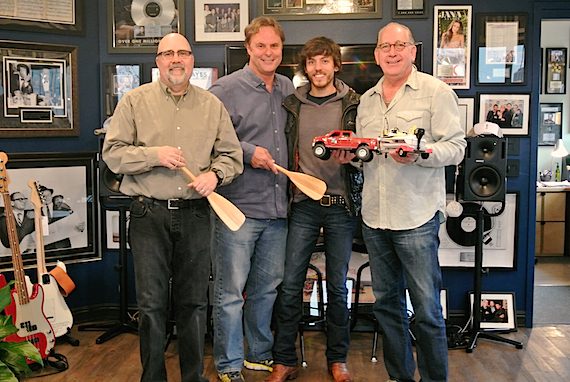 Janson recently notched a No. 1 on the iTunes country chart with his independent single “Buy Me A Boat,” after iHeartMedia radio talent Bobby Bones played the song on his morning show, which is aired on more than 80 radio stations. He has also partnered with CMT for the song’s music video.

“Artistry, passion and hard work are the driving force here at Warner Music Nashville and Chris Janson exemplifies those very qualities,” said WMN President and CEO John Esposito. “The guy played 16 hours a day at Tootsie’s for a year and he’s played the Opry almost a hundred times. Man, that’s dedication and playing for the love of the music. Our VP of A&R Cris Lacy has been championing and following his decade-long path in Nashville and we’re ecstatic to welcome such a unique talent to the WMN family.”

“I knew from the first meeting in Espo’s office with this team, that Warner Bros. is where I was going to be and I appreciated the passion and love that I felt from the building,” said Janson. “I couldn’t be any more excited, and genuinely thankful for the opportunity. I’m looking forward to a long career with Warner.”

iHeartMedia has now added Janson to its “On The Verge Artist” program. Through the program, “Buy Me A Boat” will air on 140 country radio stations for six weeks, beginning May 4. The program includes on-air exposure and significant digital and social support across iHeartMedia’s network.

“As soon as our country music programmers heard Chris Janson’s music, we knew he would be perfect for our ‘On The Verge Artist’ program,” said Clay Hunnicutt, Executive Vice President and General Manager of National Programming Platforms for iHeartMedia. “Discovering breakthrough artists like Janson and connecting them to new fans nationwide is what the ‘On The Verge Artist’ program is all about, and we know our country radio listeners will agree.” 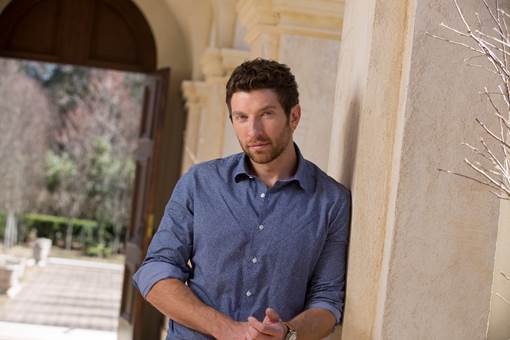 Is it because of Sunday’s ACM telecast that so many stars are lined up for this week’s column?

George Strait, Brett Eldredge, Jason Aldean and Luke Bryan are all on tap. As are such familiar names as Emerson Drive, Kid Rock and Little Texas.

Sure enough, one of them has the Disc of the Day. It’s Brett Eldredge. By the way, the reason there are so many writers and publishers listed on the disc is that it interpolates some of the 2006 Gnarls Barkley pop smash “Crazy.”

The winner of this week’s DisCovery Award is a burly-looking Indiana fellow named Allan Craig Miller. I don’t know when I have heard a debut single that is this consistently excellent on so many levels.

LUKE BRYAN/Games
Writers: none listed; Producer: none listed; Publishers: none listed; Capitol Nashville
-They play juvenile head games with one another, to the point where he doesn’t know if he’s winning or losing. Who cares? How come they always wind up at the same bars and the same parties? And why is this performed as if this was all something deeply profound?

KID ROCK/First Kiss
Writers: R.J. Ritchie/M. Young; Producer: Kid Rock/Dann Huff; Publishers: RJR/Kobalt/Jo Ray Dean/Bluewater, BMI; Warner Bros.
-Blue-collar rock, like most of his singles. He doesn’t have much range as an artist, but what he does, he does well. 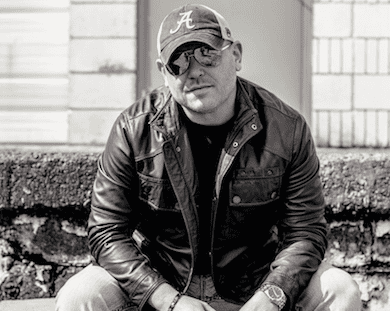 JASON ALDEAN/Tonight Looks Good On You
Writers: none listed; Producer: none listed; Publishers: none listed; Broken Bow (ERG)
-The terrific, deep-sonic, echoey, full-blooded production is the finest of his career to date. It creates the perfect cushion for his delivery of the deliriously romantic lyric. A smash.

EMERSON DRIVE/Who We Are
Writers: none listed; Producers: none listed; Publishers: none listed; Big Star (ERG)
-In praise of everyday folks who go to happy hour, wear ball caps, save their pennies and treat each other kindly. Nice thump in the backbeat, banjo droplets and spoken-word encouraging interjections. Quite listenable. 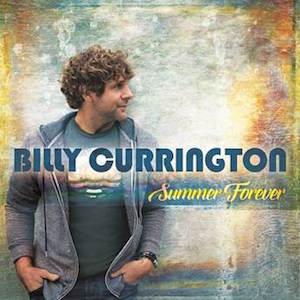 “Making this album was such a blast for me. I put a lot of love into this project and couldn’t be more excited for fans to hear the new music,” shares Currington. “Summer Forever for me represents a positive, happy, good time lifestyle and that’s what I hope the fans feel when they hear this record.”

Currington will no doubt include songs from his forthcoming album when he joins Tim McGraw‘s Shotgun Rider Tour this summer. The tour launches in Little Rock, Ark., on June 5 and includes a stop at Nashville’s Bridgestone Arena in Nashville on Aug. 15.

3. Wake Me Up
Written by Josh Osborne, Jimmy Robbins and Ashley Gorley

6. Give It To Me Straight
Written by Abe Stoklasa and Mark Trussell

7. It Don’t Hurt Like It Used To
Written by Billy Currington, Cary Barlowe and Shy Carter

9. Do I Make You Wanna
Written by Ashley Gorley, Zach Crowell, Matt Jenkins and Jerry Flowers 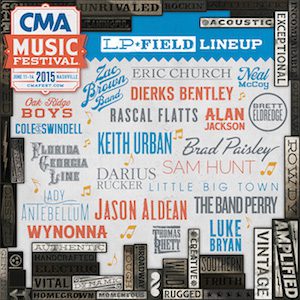 The nightly schedule for performances at LP Field during CMA Music Festival is now posted at cmaworld.com. Artists confirmed to play the stadium were announced back in March, but the schedule wasn’t released at that time.

The event will be held June 11-14. Four-day tickets, which include access to the nightly concerts, are sold out. 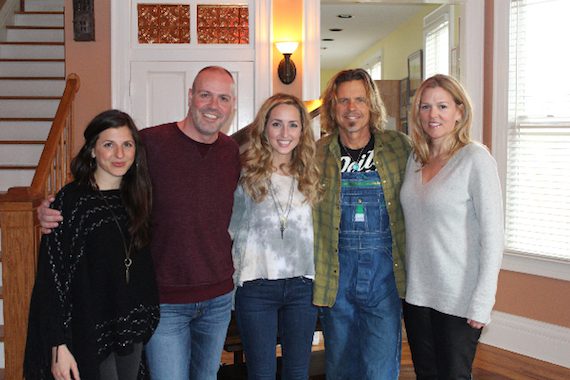 “Parker is a great new talent way beyond her years. I’m thrilled to work with her and can’t wait to see what the future holds,” Steele.

Welling will join the rest of her 3 Ring Circus Music Family down in Key West for BMI’s Key West Songwriter’s Festival May 6 – 10. 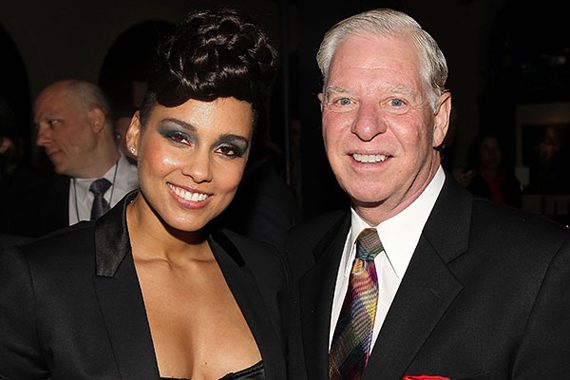 SESAC was the lead sponsor of The Recording Academy’s GRAMMYS On The Hill Awards last week, Wednesday, April 15, at the Hamilton Live in Washington D.C.

First Lady Michelle Obama made a surprise appearance to present Alicia Keys with the Recording Artists’ Coalition Award while House Judiciary Chairman Bob Goodlatte (R-Va.) and ranking member of the House Judiciary Subcommittee on Courts, Intellectual Property and the Internet Jerrold Nadler (D-N.Y.) were honored for their support and understanding of music creators’ unique role in American life.

SESAC artist/songwriter/producer Angela Hunte, who penned the chart-topping “Empire State of Mind,” a hit for Keys and Jay-Z, helped honor Keys by joining in for a few verses in closing out the evening. SESAC’s American Authors were on hand to perform and were joined on-stage with some two dozen members of Congress in a spirited rendition of the group’s hit song “Best Day of My Life.”

Proceeds from the event will benefit the Grammy Foundation’s Grammy Signature Schools program, which provides support for underserved music programs throughout the country. 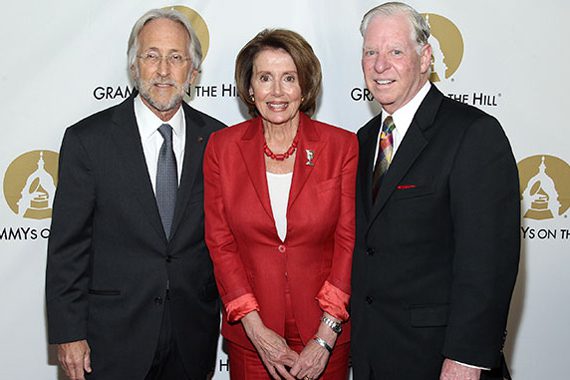 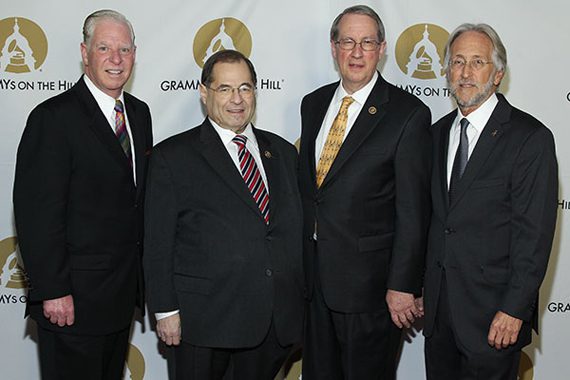 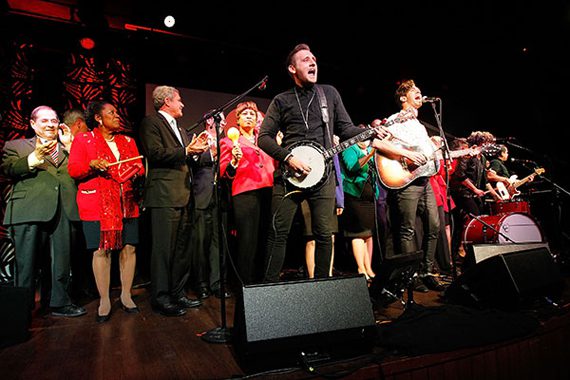 Award-winning singer/songwriters Mike Reid and Phil Vassar will perform at the inaugural Dueling Pianos for Waves event at BA Properties in Franklin, Tenn., on Thursday, May 14, 2015.

All proceeds from the event will benefit Waves, Inc., a local nonprofit in Williamson County providing services to children and adults with intellectual and developmental disabilities.

A collection of classic and exotic cars will be on display. Food and drinks will be provided.

“We are so excited to have artists the caliber of Mike Reid and Phil Vassar donating their time to what we’re anticipating to be a fantastic annual event,” said Shannon Nehus, Executive Director of Waves. “We really appreciate BA Properties opening their facility, and want to thank our event sponsors – Artisan Landscaping, Buerger, Moseley & Carson, Capital Bank, First Farmers, and Franklin Realtors – for their support of Waves and this inaugural event.”

Tickets are $75.00 in advance at www.wavesinc.com or $90.00 at the door. Admission includes valet parking, a self-guided tour of the car collection, food, two drink tickets, and entertainment. For questions, contact Emily Layton at [email protected]. 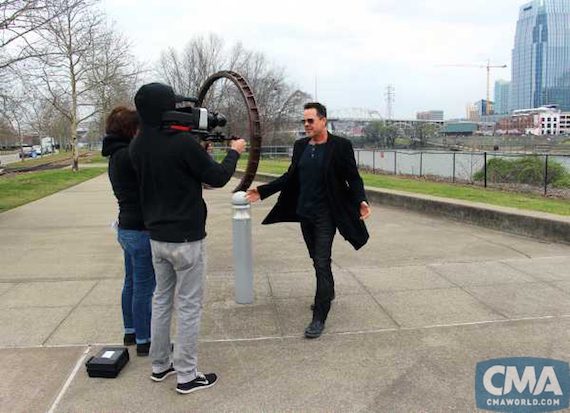 Fan favorite Gary Allan is set to launch this year’s set of Chevrolet Riverfront Stage shows during the 2015 CMA Music Festival. The singer-songwriter will jump start four days of music on Thursday, June 11 at 10 a.m. CT.The free Riverfront shows will take place from 10 a.m.-5:30 p.m. each day of the festival, which runs Thursday, June 11 through Sunday, June 14 in Nashville.

“Gary is extremely popular with our fans and I can’t think of a better artist to jump-start four days of non-stop, free music,” said Sarah Trahern, CMA Chief Executive Officer. “We have an amazing lineup and when you consider that admission is free, there is no reason not to come down and enjoy everything this Festival has to offer.”

Katie Armiger will perform the National Anthem on opening day. 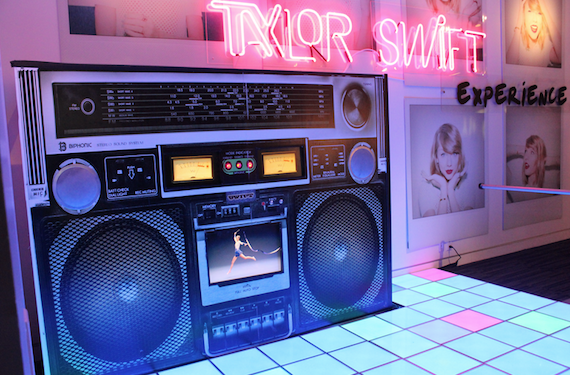 Music fans have flocked to Los Angeles’ Grammy Museum to view its current exhibit, The Taylor Swift Experience, since the exhibit opened on the singer-songwriter’s 25th birthday on Dec. 13, 2014. Attendance has been so high that the museum has agreed to extend the exhibit through Oct. 4, 2015. The Taylor Swift Experience, which was originally slated to close in May 2015, is located in the Grammy Museum’s Special Exhibits Gallery, where temporary exhibits are showcased on a rotating basis.

“Since debuting in December 2014, The Taylor Swift Experience has become one of our most popular exhibits yet,” said Bob Santelli, Executive Director of the Grammy Museum. “We’re excited to continue to showcase Taylor’s impressive timeline of success, especially as we welcome her back to STAPLES Center, at our home, L.A. LIVE, this August, for her sold-out The 1989 World Tour.”

Items on display in the exhibit, which was visited by Swift during Grammy Week in February, include:
-Early childhood reading books
-Never-before-seen family and childhood photos
-Tour costumes from Swift’s RED Tour
-Handwritten lyrics for the singer/songwriter’s hit “22”
-Swift’s 2009 GRAMMY Award for Best Female Country Vocal Performance for “White Horse”
-Official props used in the music video for “Shake It Off”
-Dresses worn by Swift in her music video for “Mean”
-The dress Swift wore in the music video for “Teardrops On My Guitar”
-Swift’s banjo used during her performance at the 54th GRAMMY Awards in 2012

The Grammy Museum is located at 800 West Olympic Blvd. in Los Angeles.