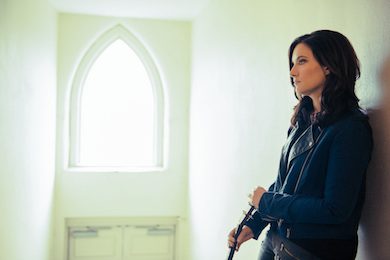 “Forget any preconceived notions you may have, because it’s not like anything you’ve seen,” says Grammy-nominated artist and songwriter Brandy Clark, who teamed with fellow award-winning songwriter Shane McAnally to craft the music for the upcoming theater production Moonshine: That Hee Haw Musical.

Moonshine’s irreverent, humorous love story is loosely based on the long-running television variety show Hee Haw, but don’t expect a straightforward theatrical re-creation of beloved sketches such as “KORN News,” “Stringbean’s Letter From Home,” or “The Haystack.” Instead, Moonshine introduces an array of new characters, including Misty Mae, a young dreamer who leaves her quotidian life in Kornfield Kounty for excitement in Tampa, Fla.

“It’s like they are the grandchildren of the original cast, is how I would put it,” Clark says. “It’s a love story set in Kornfield Kounty, but other than that there’s not a lot from the show. Our opening number is currently called ‘Hee Haw,’ and [script writer] Robert Horn’s comedy style is pretty similar to what was on Hee Haw, but that’s where the similarities end. That’s part of why the name has been changed to Moonshine: That Hee Haw Musical.” 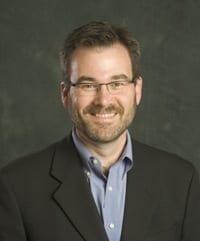 Opry Entertainment’s Steve Buchanan concurs. “Hee Haw was a variety show, and what we decided to do was try to really capture the essence of the humor that was very much a part of the show.”

Moonshine, which has been in development for several years under the guidance of Buchanan and Opry colleague Sally Williams, will premiere at the regional Dallas Theater Center on Sept. 2, 2015, and run through Oct. 11, 2015.

“We looked at different cities where there is an active theater community, with organizations that are involved in the development process,” Buchanan explains. “Dallas Theater Center came to our last reading in New York and were very interested in being part of this. It made sense to us and we think they will be a great partner.”

For nearly two years, Clark and McAnally used their regular weekly writing appointments to write and revise songs. Clark estimates they composed 30 songs for the musical, with nearly 20 making the final cut. 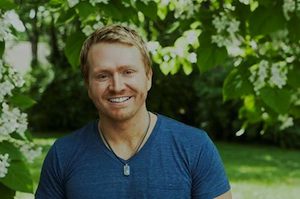 “We are used to summing the story up in three minutes. In musicals, you are telling little bits of the story at a time, which is really fun to not have to tell the whole story in one song,” Clark expounds on the duo’s approach to writing for theater. “We are used to loose rhymes and they like perfect rhymes in the theater world. Ours aren’t all perfect, but there’s a higher bar as far as that is concerned. The storyline has changed, too, and each time the story changes, the songs have to change. That’s a great challenge. I’ve definitely grown from it and I would say Shane has too.”

Rehearsals for Moonshine: That Hee Haw Musical will begin this summer in preparation for the Dallas Theater Center debut, though Buchanan has set his sights on ultimately bringing the production to an even more prestigious stage. “We are doing Dallas as the regional development production, then the goal is to go to New York,” says Buchanan, who notes that an eventual Nashville run of performances isn’t out of the question. “Our goal is to be on Broadway, and obviously then to have a long life as a touring production.

“Ultimately, I felt like we wanted to create something fun and fanciful, with amazing music. I felt if we were telling a story and we could create an American musical, it would have sustaining power. “

For now, the focus is on fine-tuning the storyline, the songs, and the performances in hope of a successful Dallas premiere and bringing the essence of a much-loved television classic to The Great White Way.

“We’ve been in a vacuum, writing and revising, but it’s like an industry showcase. You are showing your work to industry members and I don’t think that’s ever a true test of a play,” Clark says, “so I’m excited to see it in front of people who are buying tickets to be there. Broadway would be a dream come true.”