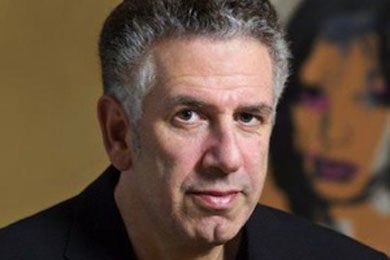 [slide]
Steve and Judy Turner, Ken Levitan, Billy Ray and Bill Hearn, Becca Stevens, and Jeffrey Balser have been named as the 2015 honorees for the 7th annual T.J. Martell Foundation Honors Gala. The celebration will be held March 30 at the Omni in Nashville. The gala begins at 5:30 p.m. with a cocktail reception and premiere silent auction, followed by a dinner at 7:00 p.m., the awards presentation, musical performances, and a live auction.
Steve and Judy Turner will be honored with the Spirit of Nashville award; Dr. Jeffrey Balser, the Medical Research Advancement award; Bill and Billy Ray Hearn, the Frances Preston Lifetime Music Industry Achievement award; Ken Levitan, the Tony Martell Outstanding Entertainment Achievement Award, and Becca Stevens, the Lifetime Humanitarian award.
Co-chairs for the 2015 event are Ree Buchanan, George Anderson, and Danielle Bouharoun.
The gala has netted over $2 million since 2009. Ticket, table and sponsorship information can be found at tjmartell.org. Table sponsorships range from $11,500 to $100,000. Individual tickets are $1000.

The Honorees:
Steve Turner is a former chairman and chief executive officer of FNB Financial Corporation and founder of MarketStreet Equities Company, and investment firm with diversified holdings and active in community banking. Steve and wife Judy moved to Nashville in 1986.
Judy Turner previously served on the Metropolitan Nashville Historic Commission for 12 years. The Kiwanis Club named Steve and Judy Turner “Nashvillians of the Year” in 2001, and in 2012 they received the Jeannie R. Hastings Vision Award. The Turners are involved with Vanderbilt University (Steve is a member of the Board of Trust), the Nashville Symphony Association, Nashville Library Foundation, Nashville Public Television, Senior Citizen’s Fifty Forward Award, Nashville Convention & Visitors Bureau, Cumberland Region Tomorrow, the Leadership Nashville Foundation, the Nashville Area Chamber of Commerce and others. Steve is the chairman of the Country Music Foundation and has led the $100 million expansion of the Country Music Hall of Fame and Museum.
Jeffrey Balser is the Dean of the School of Medicine at Vanderbilt University. He also serves as the Vice Chancellor of Health Affairs, overseeing all health-related programs. He currently sits on the board of the Institute of Medicine of the National Academy of Sciences.
Bill Hearn, president and CEO of Capitol Christian Music Group, oversees a leader in the Christian/Gospel music industry. After assuming the role of CEO of Sparrow Records from his father in 1996, Hearn worked to secure that Gospel music was recognized through Soundscan, which, at the time, did not record Christian retail sales. He also initiated the successful WOW multi-artist compilation series.
Billy Ray Hearn formed Sparrow Records in 1976 in California, and went on to produce or executive produce more than 2 million selling and Grammy Award-winning projects. He sold his label to EMI Music in 1992. Hearn is a member of the Gospel Music Hall of Fame and the recipient of the Lifetime Achievement Award from the Gospel Music Association. He is active in various charitable endeavors including the Nashville Symphony, Baylor University, the American Cancer Society, T.J. Martell, and the Easter Seals. He also chairs his own Sparrow Foundation.
As founder and co-president of Vector Management, Ken Levitan has guided the careers of Kings of Leon, The Fray, Hank Williams, Jr., Emmylou Harris, Meat Loaf, and others. After graduating from Vanderbilt University and earning a law degree from University of Dayton, he returned to Nashville and co-founded Vector Recordings. He serves on the boards of the Country Music Hall of Fame, Country Music Association, Nashville Convention & Visitors Bureau, and the Music City Council.
Becca Stevens is an author and founder of Nashville-based Thistle Farms and Magdalene. Stevens is an Episcopal priest at St. Augustine’s Chapel on Vanderbilt University’s campus. She attended University of the South and the Vanderbilt Divinity School. She is married to singer-songwriter Marcus Hummon. Since founding Thistle Farms in 2001, Stevens and graduates of the program have raised more than $15 million for supported organizations. Stevens recently released her 7th book, The Way of Tea and Justice: Rescuing the World’s Favorite Beverage from its Violent History.
In 2011, Stevens was named a Champion of Change by the White House. She has been inducted into the Tennessee Women’s Hall of Fame and Tennessean of the Year and Social Entrepreneur of the Year. She was recently conferred an honorary doctorate by the University of the South and is the youngest and first female recipient of their Distinguished Alumnus award. 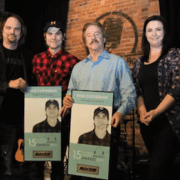 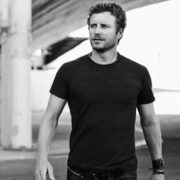