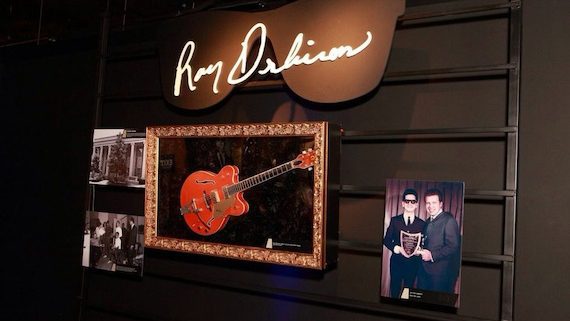 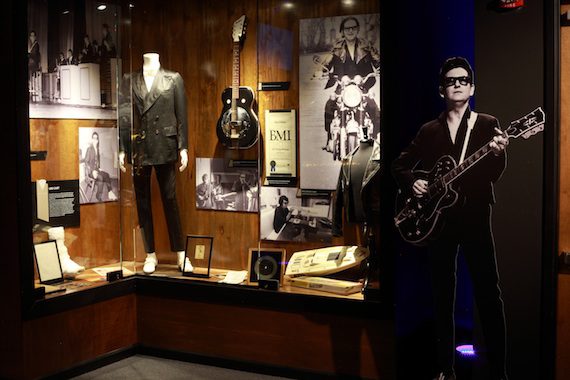 Nashville’s Musicians Hall of Fame and Museum celebrated the grand opening of its newest exhibit commemorating Roy Orbison, and the 50th anniversary of his classic song, “Oh, Pretty Woman.”
The exhibit includes prescription glasses that became Orbison’s trademark, a 1957 Gibson Byrdland guitar, and a 1961 Gibson 335 guitar, owned by studio musician Jerry Kennedy and used in the recording of “Oh, Pretty Woman.”
“Roy’s impact on popular music as a writer, singer, and musician is immeasurable,” said Joe Chambers, Founder of the Musicians Hall of Fame and Museum. “He influenced artists such as the Beatles, Tom Petty, and Bruce Springsteen, just to name a few, and his iconic guitar intro to “Oh, Pretty Woman” continues to inspire musicians of all ages.”
[slide]