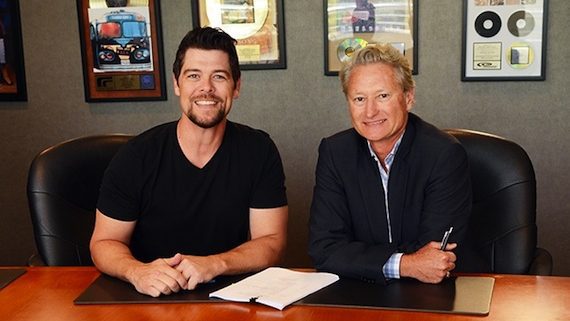 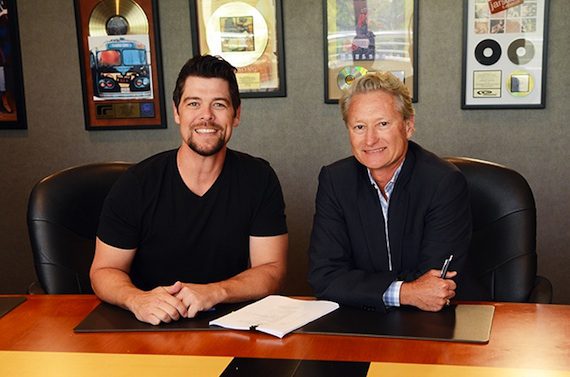 Grammy-winning Christian artist Jason Crabb has signed with Provident Label Group’s Reunion Records. Crabb leaves Spring Hill Music Group after completing three albums and a live DVD for the label. Crabb will release his debut album for Reunion Records next year, with plans to market the project to the Christian AC format.
“We signed Jason Crabb because he’s an amazing singer – then meeting him and spending time with him, it became bigger than that for me, and for a lot of us here,” Provident Music Group president/CEO Terry Hemmings tells Billboard. “He’s a really wonderful, genuine guy driven to the ministry that he’s been called to. . . He’s written a series of children’s books. He’s a multi-faceted, multi-dimensional guy. As an entertainer, minister, husband and father, he’s got a lot to say. We want to give him a place to express that.”
Crabb’s career has been in the Southern Gospel genre since his debut as part of the family group The Crabb Family. Crabb launched a solo career with Spring Hill Music Group in 2009, and earned a Grammy honor for Best Southern/Country/Bluegrass Gospel Album.
Provident boasts a roster that includes Steven Curtis Chapman, Brandon Heath, Tenth Avenue North, Casting Crowns, and others. This is not the first time Crabb has made inroads into other music genres. The title track to his 2013 project Love Is Stronger was promoted to mainstream Country stations, while two tracks from the album, “Near” and “Let Mercy Hold You,” were promoted to Christian AC stations.
“We plan to put our core competencies around what he does well and to the extent that we’re not going to be dictating the kind of records he makes or the songs that he sings, but certainly advising him as to what we know works and what we know doesn’t and his open-mindedness is going to contribute a great deal to our success,” Hemmings says. “The guy I’ve spent the last year getting to know and working through this process has not been unwilling to talk about any possibility we put on the table.”
With tour dates on the books with Southern gospel favorites Mark Lowry, The Martins and comedian Chonda Pierce, Crabb has no plans to leave his current fan base while promoting to Christian AC radio. He plans to also work on projects with Bill Gaither, one of the owners of Spring Hill Music Group.