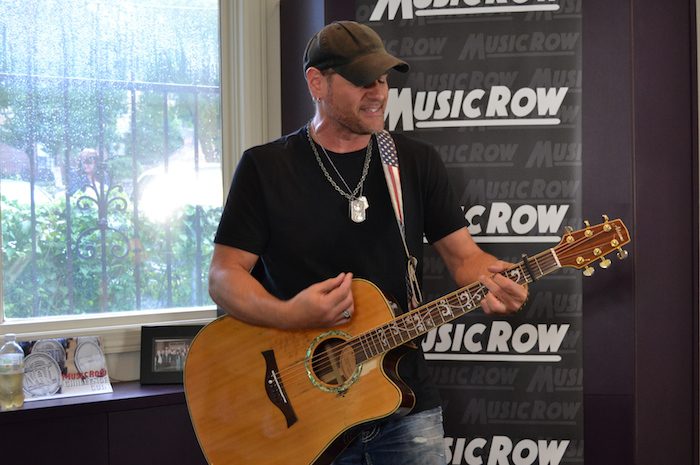 Singer-songwriter Johnny Orr of The Johnny Orr Band visited MusicRow‘s office recently to perform a sampling of songs that have been connecting with fans at the band’s tour stops across the country.
Musical talent runs in the family for Orr. “I go to a family reunion and everyone is playing guitars, and there are harmonies everywhere,” says Orr, whose brother is also in a band, and sister sings in professional choirs. He won the American Country Star talent competition in Nashville in 2012. Soon after, he released the EP Down South.
Orr formed the band in 2007 and has since opened shows for Kenny Chesney, Zac Brown Band, Little Big Town, and others.

During his visit, Orr performed three songs, including the EP’s title track “Down South,” along with “Sunday in Savannah,” a breezy tune about the carefree days of his early life in the southern city. “You Can’t Hide Love,” which he hopes will be his next single, touches on the unmistakeable signs of a romantic partner who falls in love with someone else.
The singer-songwriter held down numerous jobs, including a weekend radio DJ, a church music leader and a construction worker, while pursuing his music dreams.
A recent single, “We’ll Get By (The Autism Song),” honored families affected by autism, and gained. Orr researched the condition after receiving a request from a Florida fan to pen a song about her twin sons who are autistic. “I get emails from people saying that it is their story, and they deal with it. It’s a personal story, and we give money from sales of the song to raise awareness,” says Orr.
For more information, visit johnnyorrband.com.
[slide]