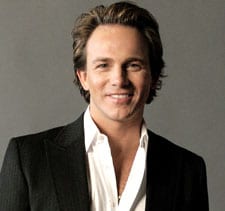 Industry veteran Fletcher Foster has resigned from Red Light Management to pursue new opportunities. He can be reached at [email protected].
Foster spent over three years with Red Light, whose roster has grown with such artists as Alabama, The Mavericks, The Band Perry and Lady Antebellum. His career also includes time as a label executive and conceiving the first Leadership Music Digital Summit. Foster is also producer of Fox’s American Country Awards. Nashville music industry entreprenuer Tamara Saviano celebrates the publication of her memoir, The Most Beautiful Girl: A True Story of a Dad, a Daughter, and the Healing Power of Music with a hometown book reading on Thursday Feb. 13 at  6 p.m., at Howlin’ Books.
The event will also feature acclaimed musician Shawn Camp in an acoustic performance highlighting musical themes from the memoir. Howlin’ Books is located at 1702 8th Ave. S., next to Grimey’s New & Pre-Loved Music.
• • •

In 2009 and 2011, federal agents raided Gibson Guitars under provisions of the Lacey Act, a wildlife and forest protection law. Federal agents confiscated the exotic wood used in Gibson guitars, but after the settlement, Gibson has their supplies back and are putting the wood supplies into a new line of guitars.
The company has unveiled the Gibson Government Series, along with a list price of $1,099. The website states the guitars are a way to “fight the powers that be.” Included in the series is the mahogany-bodied Government Series II Les Paul, a “striking new guitar from Gibson USA for 2014 that suitably marks this infamous time in Gibson’s history,” according to the website. For more information on the guitar series, visit gibson.com.