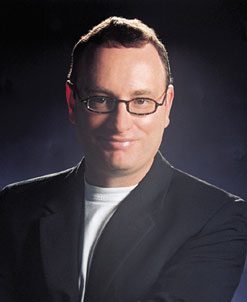 Spirit Music Group has appointed David Renzer as Chairman of the organization. Renzer previously held the position of Chairman and CEO of Universal Music Publishing Group.
Renzer will serve as an active chairman and play key roles in all areas of the independent publisher. He will work closely with the company’s financial partners, strengthen the company’s global platform, and oversee the development of new media initiatives. Mark Fried will continue as President/CEO and Renzer will work closely with Fried in growing the catalog, expanding A&R outreach, and developing and implementing the company’s strategic objectives.
In 15 years at UMPG, Renzer helped transform the publisher into a global powerhouse, overseeing activities in 57 offices located in 47 countries.
During Renzer’s tenure, major signings and renewals included the catalogues of Elton John/Bernie Taupin, Eminem, Mary J. Blige, Robin Thicke, Justin Timberlake, U2, Keith Urban, Mariah Carey, Justin Bieber, Dave Grohl, Elvis Costello, Bon Jovi, 50 Cent, and Danny Elfman, among others. In addition, during Renzer’s tenure the company was responsible for deals with Holland Dozier Holland and the Henry Mancini catalogs, Film/TV administrations deals with Warner Bros. Pictures/Warner Bros. Television, Dream Works, HBO, and others.
Renzer most recently worked at Saban, as President of Music Ventures. He began his career at Zomba Music Publishing, where he served as Sr. Vice President and General Manager. Zomba was named ASCAP’s R&B Publisher of the Year and Pop Publisher of the Year under his regime.
Renzer will be based out of both Spirit’s New York and Los Angeles offices.