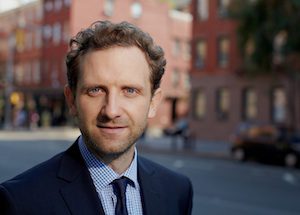 Multimedia strategist and Jumpwire Media co-founder Gavin McGarry has been announced as the CRS 2014 keynote speaker. McGarry’s educational address will take place at 10:15 a.m. on Wed. Feb. 19, 2014 at the Nashville Convention Center in downtown Nashville, Tenn.
“As we have built CRS 2014, a focus emerged around ‘Branded Content,’ which has very clearly become a cornerstone this year,” said CRS President Charlie Morgan. “Gavin McGarry has exceptional innovative experience in this arena and will bring his compelling perspective to all of our attendees in his keynote on Wednesday!”
McGarry is the co-founder/president of Jumpwire Media. Since founding the company in 2009, Jumpwire Media has delivered innovative and effective media and marketing strategies to both Fortune 500 and SME clients from countries all over the world including: USA, Russia, India, South Africa, Australia, United Kingdom, Canada, and others.
McGarry aims to present the best practices every radio executive should be implementing to build a station’s audience and engagement on Facebook, Twitter, Vine, Snapchat, Pinterest and more. Gavin will also present ideas and strategies around monetizing your social media platforms using your sales teams.
Prior to his launch of Jumpwire Media, Gavin worked for online video start up Joost and was the Head of Cross Platform Business Development at global television production company Endemol. He has been working in the media space for more than 20 years. His company created some of the first cross media TV content and worked with major networks including NBC, Discovery, CTV, and Global Television.
In 2004, he moved from his native Canada to the UK to better understand the rapidly emerging mobile phone space. Through his position at Endemol he worked closely with the UK’s largest mobile operator O2 and helped develop leading edge content for multiple platform release. In 2007, he moved into the web video arena based out of the Joost’s New York office. Throughout his career, he has spent time in Japan, Africa, Europe and China exploring and understanding the global digital media content market place.
As a sponsor of the keynote at the opening session of CRS, Folds of Honor Foundation will be sharing their mission with attendees and announcing an exciting program available to country radio stations. Folds of Honor provides educational scholarships to the children and spouses of military service men and women while serving our great nation. The foundation is supported by country stars Lee Brice, Craig Morgan, Dierks Bentley, Rascal Flatts, among many others, and is now presenting Country radio with the opportunity to give away educational scholarships in their local communities to qualified recipients of the brave soldiers defending our freedoms. As part of the turnkey program, Folds of Honor will provide content to engage listeners, especially over patriotic holidays such as Memorial Day and the 4th of July.