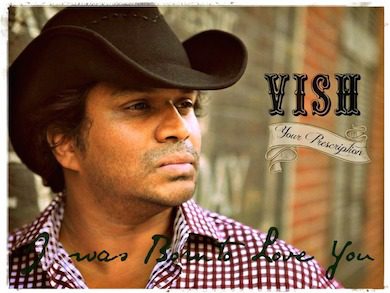 “Doctor by day Artist by Night”
I am the lab coat crusader saving lives with a stethoscope in one hand and a guitar in the other. Music is a great healer and common denominator for what I do musically and as a physician.
I originally grew up in the suburbs of the Chicago and about 10 years ago after finishing residency, I moved south-eastern Missouri were I start my career as a physician and be close to Nashville TN to kick start my music career.
Singing and my interest in playing various instruments started at the age of 7. I recall stealing my brothers guitar in the middle of the night while he was sleeping. I wasn’t very successful in being discrete as my brother woke up minutes later after hearing the loud strumming and eventual yanked the guitar right out of my hands. From that moment on I was destined to show him that I could play. He later became very instrumental in encouraging me to learn the guitar and take some singing lessons.
I always wanted to be a professional singer and artist from my teenage years. But my methodical and wise parents wanted me to first become a physician like my oldest brother and then pursue anything else I wanted. They encouraged me to first to first build a strong foundation in something stable as a physician and chase my music career later in life. The “later” is has finally arrived.
I have a very diverse interest in various musical styles and genres. My greatest country music influences to date have been George Strait, Kenny Rodgers, Garth Brooks, Waylon Jennings, Blake Shelton, Tim Mcgraw, Kenny Chesney and Jason Aldean just to mention a few. In addition to country music, I also enjoy listening to some current pop and rock music. The genre of my music would fit in current mainstream country music.
My debut album “Your Prescription” was “officially” released on itunes, cdbaby, and other online distribution sites June 27th 2014. The name “Your Prescription” describes my interests as a physician in prescribing my music to heal others. The goal of the album was to incorporate fresh, new country and pop sounds that parallel what is happening now in “Country Music”.
Gaining the support from Major A list Artists and popularity from others would serve to validate what I’m doing musically. That would be my ultimate goal.
www.VishMusic.com