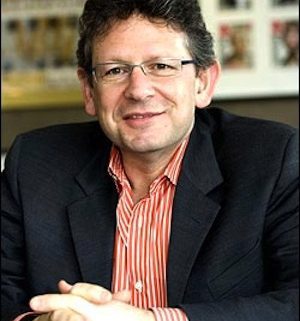 Clive Davis’ upcoming annual pre-Grammy bash on Jan. 25 at the Beverly Hilton in Beverly Hills will honor Universal Music Group‘s Chairman and CEO Lucian Grainge. Grainge will receive the President’s Merit Award in recognition of his contributions to the music industry and the impact his efforts have had on music and the business. Past recipients of the honor include Herb Alpert and Jerry Moss, Sir Richard Branson, Clive Davis, Ahmet Ertegun, David Geffen, Berry Gordy, Doug Morris, Antonio “L.A.” Reid, and Mo Ostin.
“As we enter our sixth year of collaborating with Clive Davis, this legendary gala continues to be one of GRAMMY Week’s most prestigious events complete with unique one-of-a-kind performances,” said Neil Portnow, President/CEO of The Recording Academy. “We are delighted and proud to pay tribute to Lucian Grainge, whose ability to spot talent and his impeccable business sense has made him one of today’s most successful leaders and a visionary Industry Icon.”
Grainge has been recognized over the course of his career with many accolades, including topping Billboard magazine’s Power 100 list as the most powerful executive in the industry. In both 2010 and 2011 he was recognized in Britain’s New Year Honors and awarded the Commander of the Most Excellent Order of the British Empire. He has been awarded the prestigious Music Industry Trusts’ Award as one of the most influential executives in global entertainment. Grainge was appointed by Prime Minister David Cameron as a UK Business Ambassador with special remit on global media and entertainment. Recently, he was named a trustee of the American Friends of the Royal Foundation of the Duke and Duchess of Cambridge and Prince Harry. Currently, he serves on the board of directors of Dreamworks Animation and the board of trustees of Northeastern University in Boston.