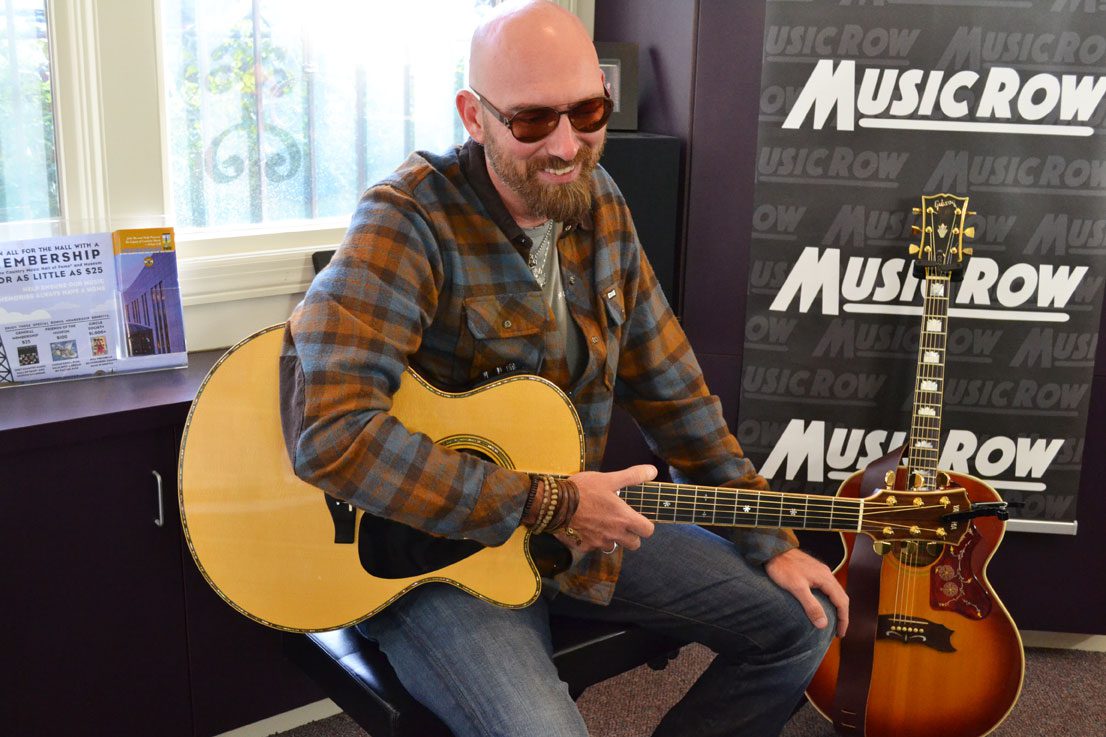 Georgia singer-songwriter Corey Smith visited the MusicRow office on Monday (Oct. 21) to perform his latest single, “Ain’t Going Out Tonight,” from his upcoming project. Smith, who averages 130 shows per year, recently signed with The Collective for management.
After producing his past albums single-handedly, Smith teamed with producer Keith Stegall (Alan Jackson, Zac Brown Band) for his upcoming project. The untitled album is currently being mixed. “Keith gave me an air of confidence. On other albums, I was my own worst enemy and would second-guess myself. When Keith said a song was fine, I believed it was fine. It made the process of making an album more enjoyable for me.”
Smith is a former high school teacher. When he wasn’t in the classroom, he spent time performing in clubs around Georgia; Smith released his first three albums while still teaching high school. He made the leap into a full-time music career nearly nine years ago. Smith balances his career with family life in Georgia. “It might be better for my career if I moved to Nashville, but I have kids in school and my family’s in Georgia,” he says.
He also performed “Maybe Next Year,” and his signature song, “Twenty-One.”
[slide]