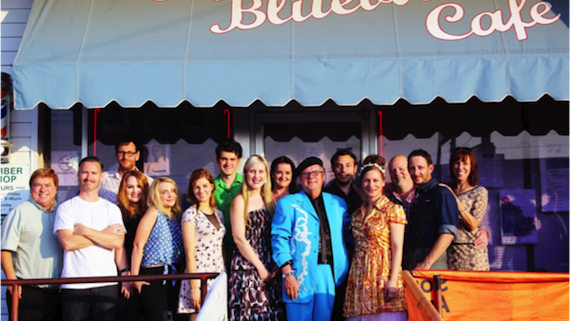 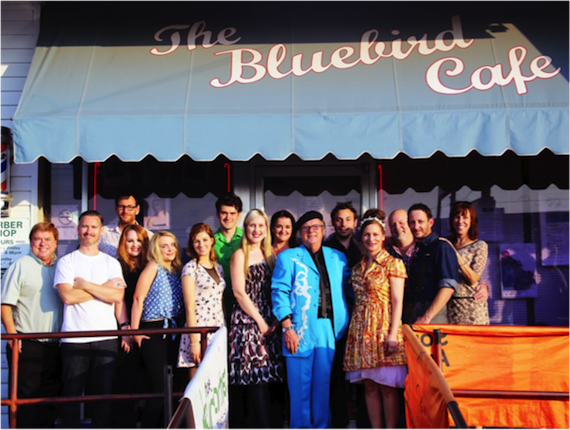 Aussies got the week rolling in a big way for the Americana Festival this week with a huge Tamworth Presents “Australiana At Americana” showcase at the Bluebird Café presented by Sounds Australia. Seventeen artists from Down Under showcased during the event, which kicked off the festival week in Music City. Performers at two different shows included Breaking Hart Benton, Katie Brianna, Tracey Bunn, Donna Dean, Melody Feder & Michael Muchow, Sam Hawksley, Paul Kelly, Anne McCue, Cameron Milford, Jen Mize, Kelly Menhennett, Gena Rose Bruce, Tamara Stewart, Emma Swift, and The Weeping Willows.
“Regulars at the Bluebird are privileged to see a seemingly never-ending stream of incredibly gifted songwriters – most of whom they know,” said Dobe Newton of Sounds Australia.  “So it’s always exciting to present a bunch of new Australian talent and watch the response. We’ve been sold-out for the last two years, and it’s become a favorite, for our artists as well as the locals.  A great night for artists and fans alike.”
Sounds Australia is a marketing initiative designed by the country to provide a cohesive platform to aid the Australian music industry in accessing domestic and international career opportunities. 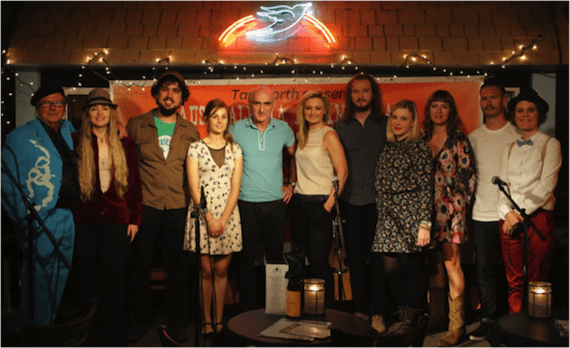