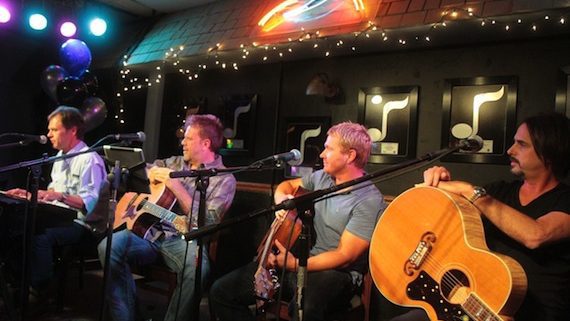 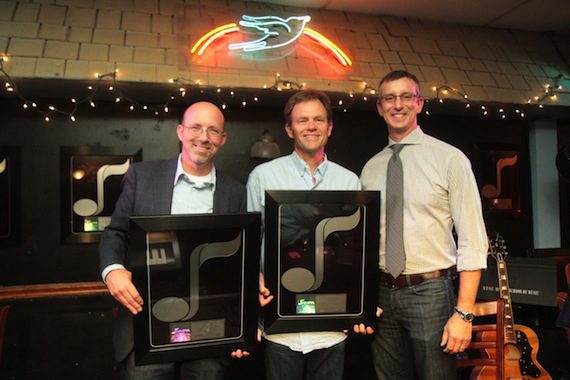 The National Music Publishers Association (NMPA) held a songwriters showcase Monday (Sept. 16) night at the Bluebird Café in Nashville where songwriters Tom Douglas, Wendell Mobley, Shane McAnally and Marti Frederiksen performed. Plaques were given during the event to McAnally recognizing his platinum songs “Downtown,” “Better Dig Two,” “Mama’s Broken Heart,” and “Alone With You,” as well as his gold single “Merry Go Round.” Mobley was given a plaque for his gold single, “How Country Feels,” while Douglas received multi-platinum awards for his singles “I Run To You” and “The House That Built Me.” Frederiksen received a platinum plaque for “Undo It,” and a gold plaque for “Mama’s Song” during the evening’s festivities. 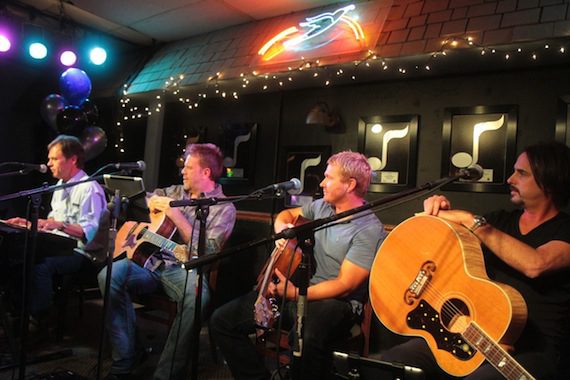