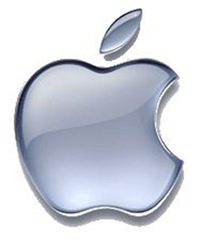 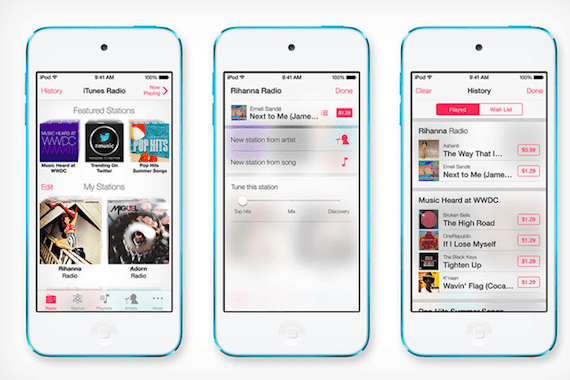 Apple has officially entered into internet radio. The highly anticipated iTunes Radio was announced during a press event this afternoon (Sept. 10) at Apple’s Cupertino, Calif. headquarters. The radio service will be part of the iOS 7 update on Sept. 18. The service allows users to create their own stations and to purchase songs that they hear. It comes with more than 200 features. Several outlets offered live blogs of the press conference (here, here and here).
Apple also brought good news for iPhone users, revealing a Sept. 20 date for upgraded models. Next month, Apple plans to ship its 700 millionth iOS device. The iPhone 5S, an upgrade from iPhone 5, was also announced. With looks similar to the iPhone 5, the upgrade comes in new colors, including silver, gray and gold. It also holds an A7 chip, which, according to Apple, is the first 64-bit chip in a smartphone. Additionally there is an improved camera, and fingerprint-based security, which also are said to validate iTunes store purchases.
The company also announced the new iPhone 5C, which cost $99 each. The low-cost phones feature a plastic back, available in several colors including green, white, blue, red and yellow. Apple’s Phil Schiller says “you won’t see seams, or part lines or joins,” and the device is crafted from hard-coated polycarbonate.
Apple additionally revealed its iWork suite of apps, which include Pages, Numbers, iMovie, Keynote, and iPhoto. These apps were previously featured as premium software available for purchase. “We think that iWork is a really key advantage for our customers’ productivity, and iPhoto and iMovie are great for their creativity,” said Apple CEO Tim Cook. “Almost all of our customers want these apps.”