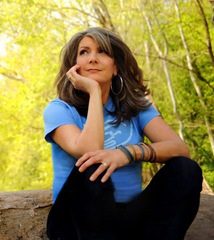 Kathy Mattea will host a new Nashville Public Television series on aging, “NPT Reports: Aging Matters,” that will premiere Sept. 12 at 8 p.m. on the network. The first segment of the series, “End Of Life,” which explores the complicated issue of end-of-life care for the elderly, will kick off the network’s major multi-year initiative designed to open a dialogue about what older citizens need to do to optimize their quality of life and how the community needs to prepare for the coming aging explosion in our population.
The issue is one that is near and dear to Mattea’s heart – she herself has had firsthand experience caring for the elderly since her mother Ruth and two of her aunts suffered from Alzheimer’s. Because of her personal connection to the cause, she became a spokesperson for the Alzheimer’s Association and Abe’s Garden, a non-profit Alzheimer’s and dementia care facility planned in Nashville. Her touching song “Where’ve You Been,” co-written by her husband Jon Vezner, which earned her a Grammy in 1990, has become a source of strength for families of loved ones with Alzheimer’s.
Mattea will introduce and close each episode of the series, which will focus on issues such as caregiving, finances, end-of-life care, dementia, and Alzheimer’s. “I have had firsthand experience with loving someone while they walk through the stages of Alzheimer’s,” said Mattea. “I’m honored to be part of NPT’s thoughtful and timely coverage of this and other issues surrounding our aging population.”
Twice named Female Vocalist of the Year by the CMA, Mattea’s latest release, Calling Me Home, an exploration of the music of her native Appalachia, was released in 2012 on Sugar Hill Records.