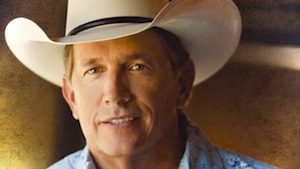 ASCAP will honor George Strait with the ASCAP Founder’s Award during the 51st annual ASCAP Country Music Awards, to be held Nov. 4, 2013, at the Music City Center in Nashville. The invitation-only, black-tie gala will also honor several songwriters and publishers behind Country music’s most performed songs from April 1, 2012 through March 31, 2013.
The ASCAP Founders Award honors songwriters and composers who have made pioneering contributions to music. Past recipients of the award include Garth Brooks, Alan Jackson, Emmylou Harris, Billy Joel, Paul McCartney, Carly Simon, James Taylor, Steven Tyler & Joe Perry, Stevie Wonder, and others.
“George Strait is a living legend whose revitalization of classic country music defined a generation of country singers and continues to inspire songwriters today,” said ASCAP President and Chairman Paul Williams. “He has topped the charts more often than any Country artist in history, captivating millions while remaining true to his style and love of tradition. ‘King’ George is a genuine musical pioneer whose influence on country music is immeasurable, and we are honored to recognize his extraordinary career with the ASCAP Founder’s Award.”