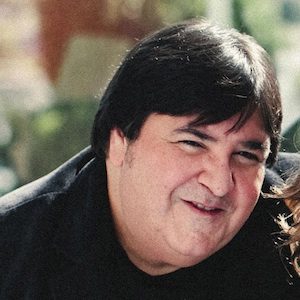 Manager and marketer John Alexander has channeled his years of experience into his new company, Alexander Music, Marketing and Management, with Sarah Darling as his flagship artist.
Alexander spent over a decade as Director of Music Marketing, and later in national account development, with GAC. There Alexander worked with labels to craft awareness campaigns for their artists, building a considerable number of business relationships along the way.
Darling is no stranger to multi-faceted marketing campaigns, having struck deals with MoonPie, Crock-Pot, and having appeared on episodes of The Bachelor. Alexander’s skills and relationships have allowed Alexander to market Darling without the benefit of a Top 40 radio hit. “I basically have done a lot of non-traditional marketing with Sarah,” he tells MusicRow.com. “She hasn’t had a Top 40 hit at this point, but she’s performed on the Grand Ole Opry 35 times and had three No. 1 videos and several branded endorsements. We have kept her name out there in front of the industry and fans in a lot of non-traditional ways.”
In late 2012, Darling’s partnership with MoonPie was announced, a deal that put her likeness on over 3 million boxes. “That was over two years in the making,” says Alexander. “I was still at GAC at the time and trying to help her. I met with the vice president to pitch Sarah’s song ‘Wrapped in Moonlight.’ He liked the idea, but wasn’t ready to do business. I always thought she would have a great synergy with that brand, so I kept in touch.” Darling’s single “Home To Me” was the perfect fit. “I sent Tory Johnson a three-line e-mail that included an MP3 of the song. I said, ‘Tory, when your customers bite into a MoonPie, doesn’t that feel like home to them?’ That opened the door and she was in 2700 Walmarts with the MoonPie brand.”
Alexander quit his job at GAC to join Black River Entertainment as VP, Strategic Management in 2010, where his role was managing Sarah. Alexander and Darling recently split from Black River.
“For me, it was a matter of wanting to manage Sarah. It was a graceful parting of ways,” says Alexander. “Any label in Nashville that is thinking of, or has started up, a management company under the roof of the label realizes it is tenuous situation. As an artist manager, it is your job to live and die by the artist, to be the artist advocate. That causes internal conflict because the objectives are different. The philosophy behind running a record label and managing an artist are sometimes different.” 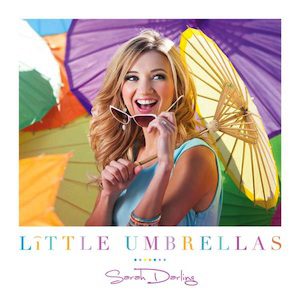 The silver lining was an opportunity to open his own company, and Alexander has hit the ground running. Darling’s latest single, “Little Umbrellas,” was released to iTunes yesterday (June 4), and has since moved up 52 positions on the chart. The song is Darling’s first independent single release and was penned by Darling, Doug Johnson and Rob Crosby. SiriusXM will play it exclusively for four weeks before the song goes for adds on June 24. Alexander also made deals with 764 Records, an imprint distributed by Sony. A music video is in the works. Alexander is building his team around Sarah, working with Jay Frank on digital marketing and with publicist Amanda French.
Alexander is eager to create more partnerships for his artist. “I think television is a very important part of any artist’s career today. We have long-term aspirations to get Sarah her own lifestyle channel. She’s a baker and a fashion person, so we’re going to build a brand with her that way.” Darling currently has a national ad campaign with Durango.
“He’s an amazing manager,” says Darling, “but the thing I value most is the marketing side, which is such a great thing for an artist these days. It’s wonderful to work with someone who gives me that freedom to explore ideas. He feels confident that I know myself as an artist, so he can just let me do that. It’s exciting for me because I have so many ideas.”
Alexander is open to managing other artists eventually, but says “I owe it to Sarah to make her the flagship and to build the brand around her and get her to where she needs to be.” In the meantime, consulting is another option. “If there is a need for an artist who is signed, I can consult and help them market themselves, but I would be selective about whom I work with.”
This is not Alexander’s first foray into the world of management. In 1981, he met singer Patty Loveless (then Lovelace) while she was covering rock songs in North Carolina nightclubs and spent three years managing her career prior to the singer signing with MCA Nashville. Alexander also tried his hand at managing pop, rock and urban acts, and spent time working for the New York Mets and in pro wrestling radio. In 1996, he worked as an account executive for a country radio station on Long Island. In 2000, Alexander began work with Jones MediaAmerica, the marketing and sales division for the Jones Radio Network and Great American Country television. The company was later sold to Scripps Networks, and Alexander began producing programming for GAC and creating partnerships between national brands and artists, which now benefit him in his new role.
“We have built an incredible story over the past 13 years,” says Alexander. “I have a good reputation. I respect everyone that I do business with. I under promise and over deliver. It’s being built slowly and we can do some good things for artists who need help strategically, but Sarah is priority No. 1 for me.”