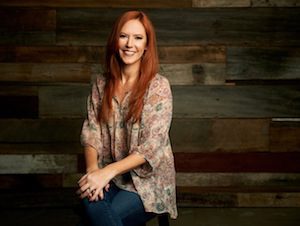 Warner Music Nashville has promoted Tree Paine to Sr. VP, Publicity, WMN. Paine will oversee all publicity for Warner Music Group’s country and Christian divisions, which include Atlantic, Elektra, Warner Bros., LoudMouth and Word Entertainment. She previously served as VP, Publicity, and will continue to report to John Esposito, President and CEO, WMN.
“What makes Tree such an incredible publicist is her broad understanding of the business, which covers everything from artist development and management, to touring and marketing,” said Esposito. “She is a tremendous asset to our team, has great relationships with each of our artists, and time and again produces fantastic media coverage on their behalf. Tree’s promotion is a deserving recognition of the fact that she’s a vital part of our senior team.”
“Warner Music Nashville is home to many of the most talented artists and dedicated staff I’ve ever had the pleasure of working with,” said Paine. “I’m fortunate to be working alongside John Esposito and Peter Strickland (EVP & GM, WMN). They have created a company that allows the staff to be creative and forward-thinking, by giving all of us at WMN the tools to do the very best job for our artists. I am immensely grateful to be a part of such a fun and creative company, and excited to continue my tenure, now as Senior Vice President.”
Paine began her career as an intern at Mute Records in the Sales & Marketing department which help her land her first job as a National Marketing Manager at World Domination Records, followed by an executive assistant position in the A&R department at Maverick Records. In 1995, Paine joined Interscope Records as a West Coast Marketing & Artist Development representative, where she worked with No Doubt, The Wallflowers, Snoop Dogg, Nine Inch Nails and Marilyn Manson. Paine left Interscope to launch her own street marketing company, retaining Bonnie Raitt as her first client. She developed street marketing campaigns around Raitt, Liz Phair, and Meredith Brooks’ Lillith Fair appearances.
Over the years, her client roster grew to include Warner Bros. Records, Capitol Records, London Records, and 143 Records. In 1999, Paine merged her company with Immortal Records and created IR Street Marketing, where she managed more than 300 street reps across the country. Having built experience in street and tour marketing, Paine took a job at the William Morris Agency in Beverly Hills, where she worked with Gayle Holcomb in the Fairs & Festivals department.
Holcomb was then the Vice Chairman of the Academy of Country Music (ACM) and became instrumental in Paine’s hire to oversee all media, radio, and marketing at the ACM. At the ACM, Paine was part of the formation of the ACM Charitable Foundation, which later became Lifting Lives, and helped organize and implement functions based around it along with the Awards’ move to Las Vegas. After five years at the ACM, Paine joined Warner Music Nashville in 2007.