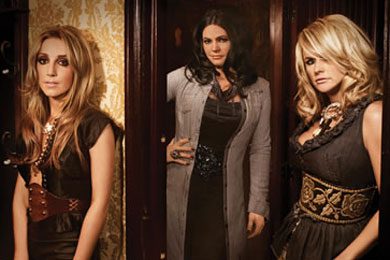 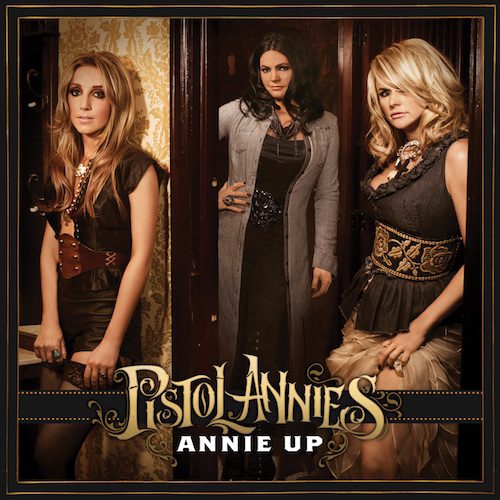 “It ain’t final until it’s vinyl.”
That’s a saying people used to have about the vicissitudes of the music business. For the Pistol Annies, the slogan was revived via a listening party staged at United Record Pressing on Monday (March 25).
“We got to see our album actually being pressed, which is cool,” said group member Miranda Lambert at the event. “This is an album that’s meant to be vinyl.”
Guests toured the record-pressing plant, which was making gold-colored vinyl LPs of the group’s new Annie Up as they entered. In the event space upstairs, they then listened to selections from it.
“This place reminds us of why we got into the music business,” said Sony Chairman & CEO Gary Overton. “It was for those big, round things with grooves.”
Annie Up producers Frank Liddell, Chuck Ainlay and Glenn Worf presided. Liddell said that the female trio’s music had grown “exponentially” since its first album. Worf described the new album as “a brave record and a beautiful record.” Ainlay said it was in stark contrast to, “this era of paint-by-numbers records.”
“Their sense of artistry is astonishing, making their music on their own terms,” added Worf. “They’re among the most fearless people I’ve ever known. These three women have more balls than all of our male country artists.”
The producers first played the finger-popping, bluesy “I Feel a Sin Comin’ On,” which opens the album. The acoustic rocker “Damn Thing” features a throbbing upright bass and washboard percussion. “Girls Like Us” is a husky femme ballad. The thumping “Unhappily Married” drew audience chuckles with its tongue-in-cheek lyrics. The sweet, album-closing “I Hope You’re the End of My Story” is a waltz-time romance.
After the tunes, Pistol Annies members Ashley Monroe, Lambert and Angaleena Presley greeted the guests. “Did y’all like it?” asked Monroe. She was answered with a resounding cheer. “You’re all invited to my house for a jukebox party,” offered Presley.
Ainlay told the crowd that the album was recorded with the three women sitting in a circle facing one another. “It was essentially that easy and that fun,” he said. “Go out and sell this record for us, so that we get to go back and do this again.”
As guests departed, they were presented with the finished, gold-colored, vinyl copies of the album. 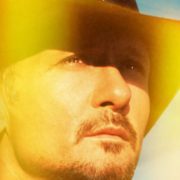 Weekly Register: Can We File An Inquiry?