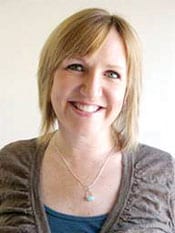 Q Prime South has added Angela Lange as VP, Country Radio Promotion. Lange will report to John Peets and Warren Christensen, Sr. VP, Promotion.
“We are excited to add Angela to our Q Prime South family,” said Peets. “I have worked closely with her for years and have always valued her deep understanding of promotion. I look forward to her helping us build our company with a greater understanding of country radio. In addition to continuing her work with Eric Church, she will be spearheading the radio plan with EMI’s The Brothers Osborne.”
“I am thrilled to be working with such passionate and creative people with such an amazing company and excited to be able to continue my working relationship with Eric Church and John Peets,” said Lange.  “I am looking forward to growing the Q Prime South footprint in Country Music!”
Lange comes to Q Prime South from EMI Records Nashville where she was VP, Promotion from April 2010 to May 2012 working with Church, Alan Jackson, Troy Olsen, Eric Paslay and Kelleigh Bannen.
Prior to EMI Records Nashville, Lange held two Regional Director of Promotion posts at Capitol Records Nashville from 2002-2012, one in the Southeastern United States and one on the West Coast. During those years she played a role in launching the careers of Dierks Bentley, Luke Bryan, Eric Church, Lady Antebellum and Darius Rucker at Country radio. She also worked Trace Adkins, Garth Brooks, Keith Urban and Little Big Town. Over the course of her career, Lange has held positions in radio promotion and marketing. She started her career in the music business as an intern in the promotion department at Atlantic Records in 1988.