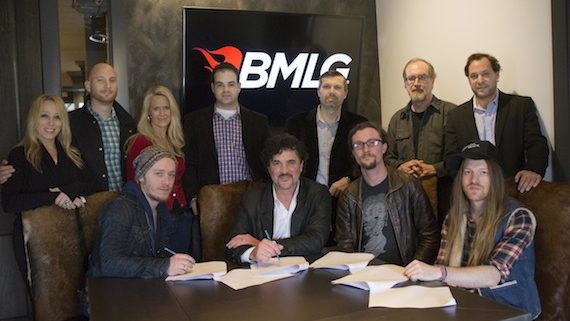 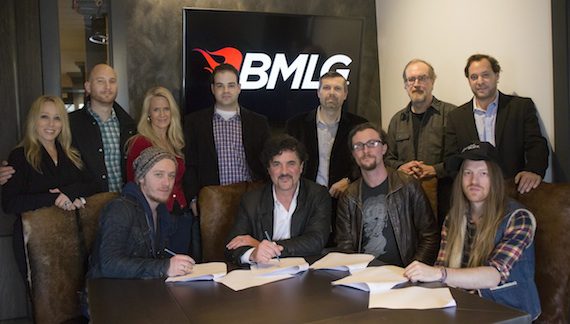 The Cadillac Three includes a trio of Nashville natives–Jaren Johnston (guitar & lead vocals), Kelby Ray (bass steel guitar, dobro, acoustic and vocals) and Neil Mason (drums, percussion and vocals).
Johnston is known for penning Keith Urban’s No. 1 smash “You Gonna Fly,” two new cuts on McGraw’s latest record Two Lanes of Freedom and several other tunes for acts like Kenny Chesney, Sara Evans and Dierks Bentley.
“We’re excited to be a part of the Big Machine Label Group and to have found a team that supports the music we’ve been making and playing across the country. We think it is a match made in ‘country fuzz heaven’  for three guys born and raised in Music City,” said The Cadillac Three.
“We are thrilled that The Cadillac Three will now call Big Machine their home,” said BMLG President/CEO Scott Borchetta. “Their songs are infectious. Their live show is captivating. We expect many great things to come for these guys.”
The band appeared on an episode of ABC’s Nashville in late 2012 and their music has been featured on MTV’s Buckwild, CW’s Vampire Diaries and Heart Of Dixie and CBS’ CSI Miami.
Catch an interview with The Cadillac Three’s Jaren Johnston in the next issue of MusicRow magazine, which releases Tuesday (Feb. 26).