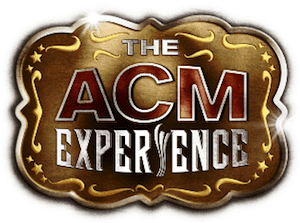 The Academy of Country Music has added a two-night outdoor music festival to the ACM Experience, now a fan-focused three-day event that includes the ACM Expo and the ACM Outdoor Stage Concert. The event will be held April 5-7, 2013 at The Orleans Hotel and Casino in Las Vegas.
On Friday, April 5, The Band Perry will headline, along with performers Florida Georgia Line, Brantley Gilbert and Justin Moore. On Saturday, April 6, headliner Dierks Bentley will take the stage, as well as Kix Brooks, Eli Young Band and Hunter Hayes. The event will culminate with the ACM Fan Jam, a ticketed event lead by Brad Paisley on Sunday, April 7.
The ACM will also continue to offer the free Fremont Street concerts surrounding the awards.
Ticket packages are available through The Orleans Hotel and Casino or by calling 1-800-675-3267.
The Academy of Country Music Awards will be broadcast live on CBS on April 7 at 8 p.m. ET from the MGM Grand Garden Arena in Las Vegas.