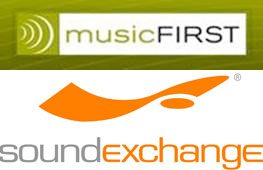 The musicFIRST Coalition and SoundExchange have released an open letter opposing the Internet Radio Fairness Act backed by Pandora and numerous other online radio outlets. Members of the Coalition include artists such as Zac Brown Band, Roger Waters, Rihanna, Jackson Browne, Sheryl Crow and organizations like The Recording Academy, SAG-AFTRA, AFM and more.

“We are big fans of Pandora. That’s why we helped give the company a discount on rates for the past decade,” says the letter. “Why is the company asking Congress once again to step in and gut the royalties that thousands of musicians rely upon? That’s not fair and that’s not how partners work together.”

The Internet Radio Fairness Act (IRFA) aims to equalize the royalty rate set by the Copyright Royalty Board and paid to artists being played by online radio, which would mean a significant reduction. Pandora claims to pay over 50% of its revenue in artist royalties to SoundExchange, considerably more than other radio formats. “The current law penalizes new media and is astonishingly unfair to internet radio,” says a statement on Pandora’s website. Pandora’s argument is that lowering rates will encourage webcasting and investment, and by extension, more discovery.

Of course, part of musicFIRST’s mission is to ensure artists are compensated by terrestrial radio stations, who at present pay only PRO licensing fees for songwriters and publishers and no artist royalties. It makes sense the group would want to prevent any reduction to artist payments, which it claims could be cut by up to 85% if IRFA passes.

“This issue is critical to the tens-of-thousands of recording artists we represent – all of whom rely on this digital performance revenue stream to make a living,” says SoundExchange President Michael Huppe. “It is important that we protect artists and the long-term value of their music, which is, after all, the foundation of Internet radio.”

Pandora also recently filed a lawsuit against ASCAP, seeking lower fees in the performances of its copyrighted works.