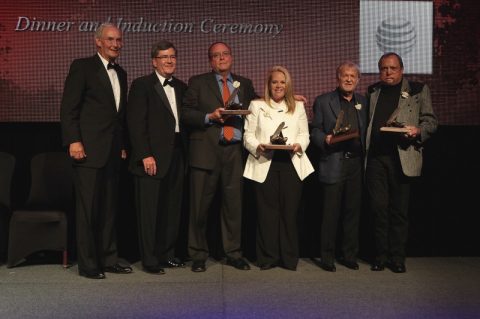 Their inductions were accompanied by momentous news. On Thursday (10/4), Mayor Karl Dean announced that the Nashville Songwriters Hall of Fame will become the anchor attraction in the massive, new Music City Center. The Hall has been just a virtual entity for more than four decades.

“After 42 years, we’re finally going to build a Hall of Fame,” said Troy Tomlinson to the capacity hotel ballroom crowd. “Nashville will be the first city, anywhere, to house a songwriters hall of fame.” He entreated the attendees to make financial pledges toward the creation of the exhibit space. The facility will also include a songwriters’ plaza performance venue and entryway stone steps engraved with the name of each songwriter in the Hall plus a representative song title.

Tomlinson also recalled the late Frances Preston, who passed away on June 13. She was a presence at BMI for six decades, and the Frances Williams Preston Mentor Award is named in her honor. “We were blessed to know her, and we miss our friend and our close confidante,” said Tomlinson.

This year’s recipient of the award is the late Donna Hilley of Sony/ATV-Tree publishing. Don Cook, Paul Worley and Kix Brooks honored her with heartfelt and telling anecdotes. Hilley’s three daughters accepted on her behalf. Hilley died on June 20.

Richard Leigh inducted Larry Henley into the Hall. Bekka Bramlett & Billy Burnette saluted Henley with soulful versions of the songwriter’s “Is It Still Over,” “Lizzie and the Rainman,” “He’s a Heartache” and “Til I Get it Right.” Trisha Yearwood sang “The Wind Beneath My Wings” for the tunesmith. “I’m about to cry,” responded Henley. “I fee like Susan Lucci.” Like the much Emmy-nominated TV soap star, Henley has been nominated for this honor many prior times. “This is a treasure to me,” Henley continued. “This is a blessing.”

Garth Brooks inducted Kim Williams, singing “New Way to Fly,” “Papa Loved Mama” and “Three Wooden Crosses” in his honor. “Looking backward, it looks like something planned it,” said Williams of his remarkable journey. “God planned it.” His saga includes a horrific East Tennessee industrial accident and multiple reconstructive surgeries. During his lengthy recuperation in Nashville, he began to write. Williams also overcame alcoholism, pain-pill addiction, narcolepsy and a nearly fatal automobile accident. “I dedicate this award to my wife, Phyllis, who has walked through fire for me,” he said. “She was there when my world turned to ashes and pain.”

Don Schlitz did the honors for his sometime song collaborator Mary Chapin Carpenter. “She has no idea the impact her songs have had on the Nashville songwriting community,” he said. Marc Cohn performed Carpenter’s anthemic “The Hard Way.” Yearwood returned to the stage to sing the Carpenter/Schlitz hit “He Thinks He’ll Keep Her.” “Songwriting has been the one constant in my life, since I was in the second grade,” said Carpenter. “This town is filled with songwriters who have inspired me and allowed me to stand on their shoulders. I am humbled beyond words.”

Pat Alger inducted fellow Georgia native Tony Arata. Accompanied by Jelly Roll Johnson, super vocalists Fred Knobloch and Pete Wasner sang the Arata songs “Here I Am,” “I’m Holding My Own,” “The Change” and “I Used to Worry.” I yearned for my favorite Arata song, “Handful of Dust,” but it was not to be. Brooks reappeared to cap the salute with “The Dance.” “This is a town where some of the most important chapters in the American songbook have been written,” said Arata. “We all come here with the same hope, that we might put something to paper worth remembering. Thank you for this evening, for the chance to share it with family and friends. It’s a sweet memory.”

The Nashville Songwriters Association International’s Bart Herbison and Lee Miller began the gala by presenting this year’s NSAI “10 Songs I Wish I’d Written,” as voted on by its membership. They were “A Woman Like You” by Phil Barton/Johnny Bulford/Jon Stone, “Better Than I Used to Be” by Ashley Gorley/Bryan Sampson, “Cost of Livin’” by Phillip Coleman/Ronnie Dunn, “Even If it Breaks Your Heart” by Will Hoge/Eric Paslay, “Fly Over States” by Michael Dulaney/Neil Thrasher, “Just Fishin’” by Casey Beathard/Monty Criswell/Ed Hill, “Red Solo Cup” by Brett & Jim Beavers/Brett & Brad Warren, “Springsteen” by Eric Church/Jeff Hyde/Ryan Tyndell and “You and Tequila” by Matraca Berg/Deana Carter.

Recording artists Church, Dunn and Hoge were not present. Neither was Song of the Year winner Dolly Parton, whose “I Will Always Love You” returned to the charts following Whitney Houston’s death this year. Dolly sent a video: “I will treasure this,” she said. “I will put it in my museum in Dollywood, but it will be near and dear to my heart.”

Also sending a video was Songwriter/Artist of the Year winner Taylor Swift. This was her fifth time in six years to claim this prize. “I’m blown away,” she said via video. “Thank you for doing that. Keep doing that. I am so happy. I’ll see you guys soon.”

Dallas Davidson won the NSAI’s Songwriter of the Year honor. His recent copyrights include “We Owned the Night,” “Just a Kiss,” “Country Girl (Shake it for Me)” and “If Heaven Wasn’t So Far Away.” “I’m truly blessed to be the guy this year,” said Davidson. “I thank God.”

We dined on iceberg lettuce wedges with blue cheese and bacon crumbles, a main course of steak and mixed veggies or a ratatouille-and-cheese torte, with pumpkin cheesecake for dessert.

“It’s like being at a family reunion with all the greatest songwriters in the world,” observed Pat Alger. 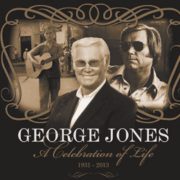 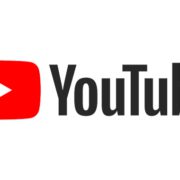