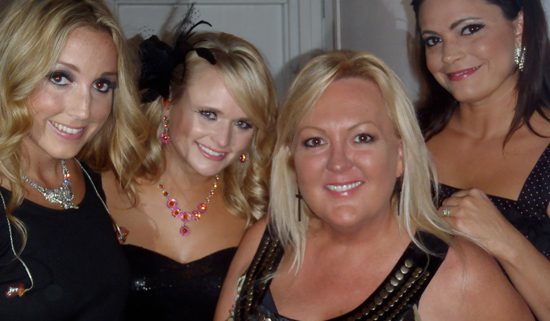 SPIN ZONE
Sony Music keeps up the No. 1 streak this week, with Carrie Underwood’s “Blown Away” succeeding Miranda Lambert’s “Fastest Girl in Town” at the top of the MusicRow Chart. There’s some significant movement throughout the top 10, with Jason Aldean’s “Take A Little Ride” pulling up to No. 2, Tim McGraw’s “Truck Yeah” climbing to No. 3, Rascal Flatts’ “Come Wake Me Up” hopping to No. 4, and Lee Brice’s “Hard to Love” jumping to No. 5. It’s going to get even more crowded really soon, as Luke Bryan, Eric Church, Greg Bates, and Jake Owen all climb higher.

Big movers include Darius Rucker’s “True Believers,” hopping six spots to hit No. 20, and Alan Jackson’s “You Go Your Way,” which gains 246 spins to move to No. 24. Even bigger is Kenny Chesney’s brand new “El Cerrito Place,” which leaps from 52-31 in its 2nd week on the chart. Newcomer Thomas Rhett’s second single “Beer With Jesus” is also a hot item, picking up 321 new spins to land at No. 35 in its 4th week on the chart.

Like Rhett, there are a handful of newcomers starting to gain some traction. Kelleigh Bannen’s debut single “Sorry On The Rocks” is up to No. 34 after eight weeks, and Miss Willie Brown’s “You’re All That Matters to Me” is still gaining at No. 37. MusicRow recently had the pleasure of meeting Scarletta, whose debut single “Right Here Right Now” is now inside the top 40 at No. 39. New debuts include Gary Allan’s “Every Storm (Runs Out Of Rain)” (No. 65), Gloriana’s “Can’t Shake You” (No. 68), and Zac Brown Band’s “Goodbye In Her Eyes” (No. 69). 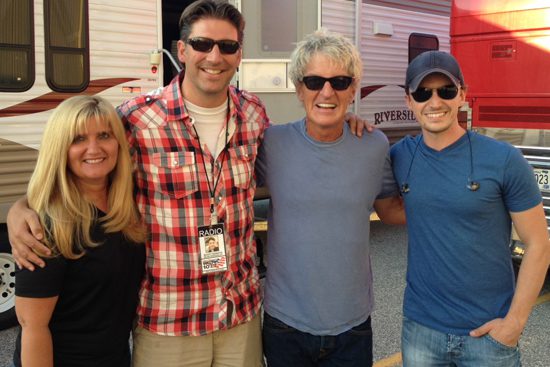 Republic Nashville’s Greg Bates performed at the York Fair in York, PA this past week (9/13) after spending time with WGTY and REO Speedwagon lead singer Kevin Cronin. Bates performed his debut single, “Did It For The Girl,” which has climbed to No. 8 on the MusicRow Chart. Bates joined Cronin on stage to sing “Roll With the Changes.” Pictured (L-R): WGTY's Kim Alexander and Scott Donato, Cronin and Bates. Photo: Courtesy of Republic Nashville 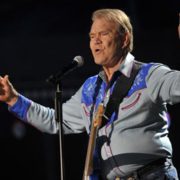 DISClaimer: When The Stars Come Out To Shine 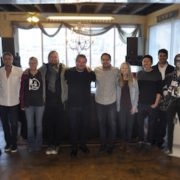 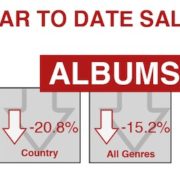