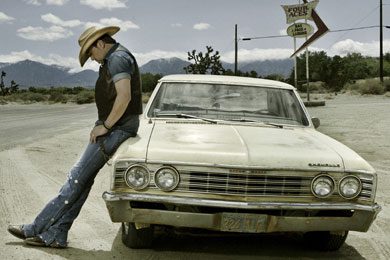 Jason Aldean has selected his October 27 show in Dallas, TX as the location of his seventh annual “Concert For the Cure,” to benefit the local affiliates of the Susan G. Komen for the Cure. As the final event of Aldean’s record-breaking 2012 My Kinda Party Tour, the show at Gexa Energy Pavilion sold out during summer with over 20,000 tickets purchased.

“This is one of the nights I look forward to most every year,” said Aldean. “I’m really proud of the money we’ve raised so far, and it feels great to be able to honor our friend who passed away at such an early age from breast cancer. Everyone has been affected by this disease at some point, and I want to do my part to help find a cure before my daughters grow up. I know Dallas is ready to help us!”

Less than two weeks before the Concert For the Cure, Aldean will release his new Broken Bow Records album Night Train on Oct. 16. It is currently available for pre-order on Aldean’s website, and its lead single “Take a Little Ride” is accelerating for the top of the charts. Aldean also has CMA Awards nominations for Entertainer of the Year, Male Vocalist of the Year, and Single of the Year for “Dirt Road Anthem.” His My Kinda Party Tour has sold over 1.9 million tickets since it launched.