Taylor Swift announced via a live YouTube chat tonight (8/13) that her new album Red will be released Oct. 22.

The 16-track album includes her new single “We Are Never Ever Getting Back Together.” During the live chat, Swift took questions from audience members and Google+ Hangout participants. She dished that the album is full of co-writes, including a duet with Ed Sheeran which they co-wrote on a trampoline.

Swift went on to debut her new single, which she wrote with Max Martin and Shellback.

The single will be available today on iTunes and Google Play, and beginning tomorrow worldwide at all digital retail outlets.

“For the last two years, I’ve been working on an album called Red,” Taylor says. “I called it Red because of the tumultuous, crazy adventures in love and loss that it chronicles. In my mind, when you experience love that’s fast paced and out of control and mixes infatuation, jealousy, frustration, miscommunication, and all of those lovely emotions…in retrospect, it all looks red.”

Album pre-sale dates will be announced in the coming weeks. 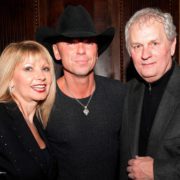 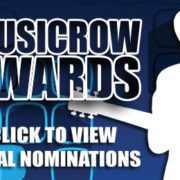 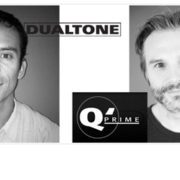