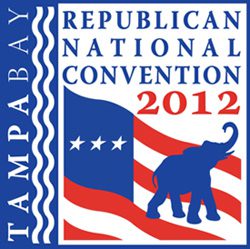 The 2012 Republican National Convention announced a long lineup of entertainment on hand for this week’s convention.

Today’s (8/27) activities were cancelled due to inclement weather brought on by what is expected to become Hurricane Isaac. While the rest of this week’s activities are scheduled to resume tomorrow, that will largely depend on the storm’s developments.