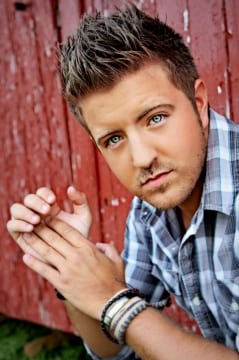 Billy Gilman will make his return to music with the April 16 release of “The Choice,” a charity single that will benefit Soles4Souls. In addition to Gilman, the song features 18 of country music’s top artists, including Alan Jackson, Reba McEntire, Josh Turner and Keith Urban. Through the strong support of CMT and Regal Entertainment Group, the song’s music video will get great national exposure with its premiere on April 16.

Gilman was in the process of writing material for his upcoming music project with two of his co-writers, Dan Murph and Philip Douglas, when the idea for “The Choice” was born. The group watched a YouTube video in which Soles4Souls challenged people from all across the country to start their own shoe drives in their communities. The trio penned “The Choice” and pitched the idea to the charity organization that every penny generated from the song, including the songwriters’ and publishers’ shares, would go to Soles4Souls.

“This pretty much started out as just a song for Billy,” said Murph. “Then he called and asked a fellow artist to sing on it with him. And that led to another artist. And before we knew it, all of these amazing iconic country artists were lining up to volunteer their time and talent to this song and this amazing cause. The support for Soles4Souls among the country music community has grown beyond our wildest expectations.”

“The Choice” was recorded in a Nashville studio one week following the meeting between Gilman’s team and Soles4Souls. It is being released on the Cotton Valley Records (CVR) label through the generous support of recording studio veteran J. Gary Smith. “Having partnered with some of the world’s finest talent, CVR is proud to participate in this amazing project,” said Smith. “Soles4Souls is a wonderful organization and The Choice a truly inspiring song. One hundred percent of the proceeds go directly to Soles4Souls.”