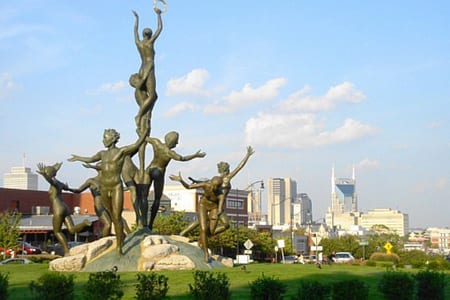 The Music Row area will gain two retail shops on April 9, when Music City Pickers and Toys In The Attic jointly open in Edgehill Village. The new businesses will host a grand opening gala on Sat., April 14.

The Toys In The Attic side of the store will offer musical artifacts from rock and roll, blues, R&B, bluegrass and country music. In addition, two collections of photographs taken by photographer Steve Gladstone, and record producer Eddie Kramer will be available for purchase.

The Music City Pickers side of the store will feature an changing selection of vintage and new, high-end musical instruments. Guitars, basses, amps and effects will be available to buy, sell and consign. The store will also feature custom local instrument builders.

“We wanted to create a very unique musical retail environment for Nashville, along with the possibility of having live music performances,” said Seals. “This is a great collaboration between two companies that totally complement and feed off each other.”

Shutts has an additional business location, The Rock-N-Roll Pit Stop, located on the grounds of The Loveless Cafe. Additionally, he and The Mavericks’ Robert Reynolds have signed for a reality show featuring their search for music memorabilia which will debut late 2012 on CMT.