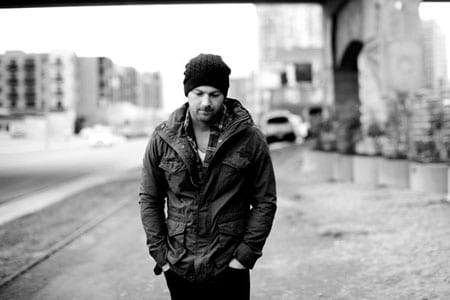 Singer-songwriter Kip Moore will release his MCA Nashville debut album Up All Night on April 24. Brett James produced the release, and Moore co-wrote every song on the collection including his top-20 single, “Somethin’ ‘Bout a Truck.”

“The song doing great is a huge accomplishment, but the fact that I’m getting to release a whole record, something I’ve put so much energy into over the years, is the biggest accomplishment in my music career thus far,” says Moore. “I am so excited for people to get a chance to hear this record because I feel like it is an emotional record and I want to be able to move people like the records moved me growing up.”

Moore grew up in Tifton, GA. and has written many songs from experiences in his youth, including his current single. “Reckless (Growing Up)” is a semi-autobiographical journey from Georgia to Nashville and his “Faith When I Fall” was penned the day after Moore was offered his record deal. The album also features “Drive Me Crazy,” “Crazy One More Time” and “Hey Pretty Girl.”

More on Moore below: