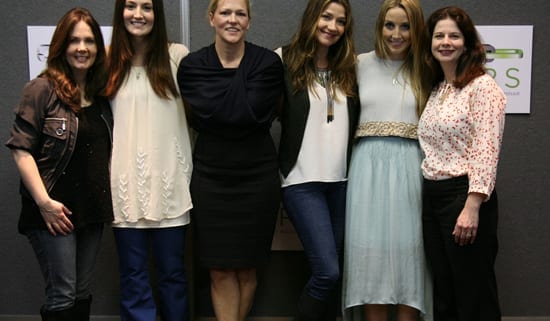 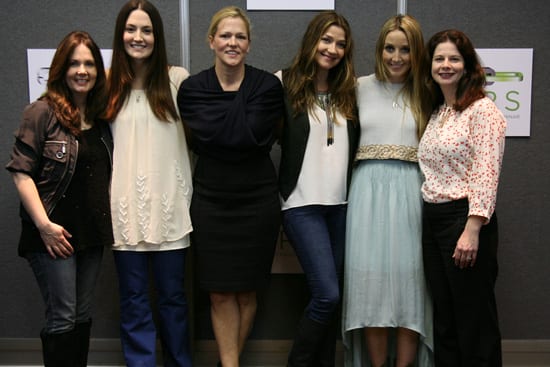 Natalie Hemby was fresh off the new Ryman stage from opening The Band Perry’s first headlining show on Feb. 20 and kicked the girls’ traditional Nashville songwriter round to life in an RV, “Little House on the Highway.” The recently-signed EMI Publishing writer additionally introduced “Little Black Dress,” which brought to mind a modern version of “Looking For Something In Red.” Before finishing the round, Hemby expressed her devotion to songwriting when, just six years prior to watching Gwyneth Paltrow singing “Timing is Everything” in the Country Strong trailer, she had been working at Comcast for health insurance. “I would have continued to write music regardless of whether or not it was my full-time job,” she said.

Lori McKenna drew laughs with a quip about her chart history. “I was worried I would have been introduced by how many kids I have because I don’t have any No. 1s. Just five kids.” Her gut-wrenching, sober lyrics and voice exhibited a single from her most recent album, Lorraine, “Buy This Town.” She mentioned her utility worker husband before singing a song about a woman who “keeps you in your place,” and also introduced “Make Every Word Hurt,” as the song that has been cut three times but yet to make it on an album.

Ashley Monroe previewed “Like a Rose” and “Morning After” from her upcoming solo album recorded with Vince Gill and Justin Niebank. The vocal acrobat thanked the audience of radio broadcasters for sending her future child to college from her Jason Aldean hit, “The Truth.”

Back-to-back Miranda Lambert cuts were presented by Hemby and another from Monroe, who is also in Pistol Annies, including “Only Prettier” and “Heart Like Mine,” respectively.

NSAI Hall of Fame songwriter, Matraca Berg, hosted the round and played “You and Tequila,” which she explained came after the passing of her songwriting idol, Harlan Howard. “Harlan bought me my first shot of tequila,” she said. More hits kept rolling in including the song Trisha Yearwood made famous, “Wrong Side of Memphis,” and her iconic hit for Deana Carter, “Strawberry Wine.” Berg also treated the audience to “Your Husband’s Cheatin’ on Us,” a new and entrancingly eerie song about a wife, mistress and a new mistress.

Each writer seemed burdened with admiration at the prospect of following the others’ lyrical craftsmanship. After following Lori’s “Luxury of Knowing,” Matraca mentioned, “I was gonna throw Ashley under the bus, but I’ll take the hit…I feel really great about the future of women in songwriting.”