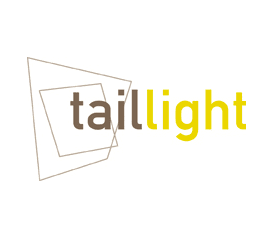 Director Becky Fluke has joined Taillight, it was announced yesterday, Feb. 6, working under Partner/Executive Producer for Music Videos Chandra Pereira. Both directors talked exclusively with MusicRow about the announcement, and the focus and determination necessary to excel at video production.

Fluke started her career in high school in Macon, GA with a foothold that set the trajectory for her career—a teacher’s husband provided the opportunity to shoot at concerts for his former bandmate, Kristian Bush.

“I shot photos for Sugarland right before they signed with Universal to go to free concerts in Atlanta,” explained Fluke. “When the band was in the studio with their second record, they asked me to come in and shoot video. I ended up driving down from college in Western Kentucky and documented the whole recording process.”

The opportunity provided Fluke a remarkable break, when in 2006, Universal purchased her footage and brought her in-house to work with the roster for a year and a half. “It was a time when concert footage, EPK’s and webisodes were becoming increasingly important, and [former UMG exec] Jason Owen played a big role in realizing the importance of my position.”

“The position at Universal allowed me to work in different environments and eventually lead to creating my first music videos, including Sugarland’s ‘Life In A Northern Town’ as a sponsorship ‘thank you’ to CMT for the tour.” The video went on to be nominated for a CMT award and the song earned nominations at the Grammys, ACMs, and CMA Awards.

“It has always been more about the opportunity than the money. I take jobs because I am passionate about the music. Most cases I heavily pursued projects simply because I loved the music, I didn’t wait for them to come to me. I want to create work for people and music that I am passionate about. The ultimate goal is not to compare production budgets, but to provoke a feeling—if it moves you, I’ve done my job.”

“That is exactly what I wish all of our industry award shows, music videos, and production work could be based on,” Pereira added. “A music video should do nothing more than evoke an emotion, and if it does that, then it’s done its job. They are the major marketing tool to set, foster or change an artist’s image. Our job is to think smarter to provide the same impact with smaller budgets. This particular market is facing smarter and smaller technology where anyone can get a Canon 5d and say they are a director, but it comes down to trust with an artist, label and management.

“The cream rises to the top. You can’t hire a guy because they say they can do it, it depends on real and experienced players. Becky is the perfect example of where talent, not just luck, can take you. This combined with her drive to chase after projects she believes in, helped me realize the limitless potential she will be capable of with full-blown production support. I look forward to creating amazing work ahead.”

Fluke is starting immediately. Her bio and reel can be seen on the Taillight website here. 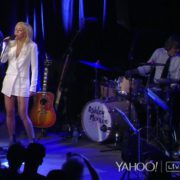 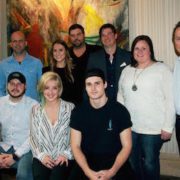 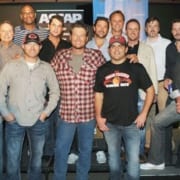 ASCAP Presents BMG at the Bluebird