The third annual Ryman showcase by UMG (2/22) has staked its claim as the pre-eminent musical presentation of Country Radio Seminar.

I can’t think of an event in the history of CRS with more thrills per moment. As in previous years, almost the entire Universal roster, 19 artists, performed one song each. 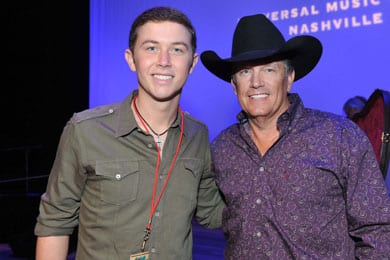 There were a couple of exceptions, beginning with show-opening superstar George Strait, who performed two tunes. Introduced by host Royce Risser, Strait walked out to screams of excitement and a standing ovation.

“I want to thank MCA for having me out here today,” he said. “Thank you for supporting my career for so many years,” he added, addressing the 1,000+ radio professionals in attendance. Accompanied by guitar aces Mac McAnally and Steve Gibson, Strait sang “I Will Always Remember You.” It was a moving, wistful reflection on a life well lived and songs well sung that brought him a second standing ovation. He followed it with his hit “Troubadour,” which drew an even longer s.o. He clapped back at the cheering crowd.

Luke Lewis, Tony Brown and Erv Woolsey came out to present him with a plaque saluting “Here for a Good Time” as the first of Strait’s No. 1 hits that he had a hand in writing (along with Dean Dillon and son Bubba Strait). Marc Driskill of ASCAP presented a plaque for the same achievement as well as a guitar that the organization gives to all first-time No. 1 songwriters. 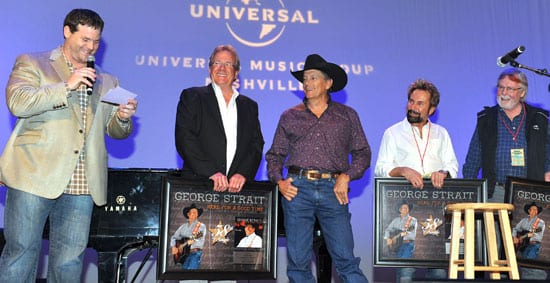 “I should have started doing this a long time ago,” said Strait. “Think how many guitars I’d have.”

“I think that’s something you’ll be able to tell your grandchildren,” Risser stated. “You saw George Strait at the Ryman. And every artist after this will be able to say, ‘Yeah, I remember the time when George Strait opened for me back in 2012.’”

One of the afternoon’s most emotional moments was provided by Vince Gill. “I wanted to come out today, more than anything, to say thank you,” he told the radio folks. “It was a really sweet, sweet ride for the last 23 years,” he added, revealing that after all those years he is no longer an MCA Records artist. He performed the trembling, devout “The Red Words” and drew a standing ovation. 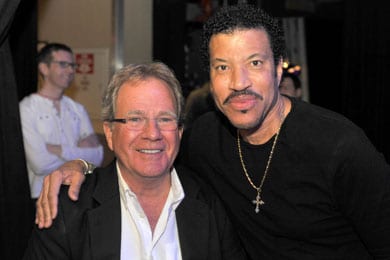 The finale artist of the afternoon was Lionel Richie. Like Strait, he was allowed two performances. Both “Easy” and “Crazy in Love Over You” were duets with Luke Bryan, who was revealed as a total Lionel freak.

“I am having the best time of my life,” said Richie, whose Tuskegee CD of Nashville duets will be issued next month. “I’m not born country, but my songs have been country for a long time.” By the way, CBS-TV’s Lester Holt of The Today Show is in town to interview him. Holt is an aspiring bass player.

For chill-bump responses from the conventioneers in the Ryman, the UMG baby acts ruled. Here’s how I rank ‘em:

Of the company’s more established artists, the finest performance came from David Nail. He blew the roof off the Ryman when he sang last year, and he repeated the feat on Wednesday when he sang his so-powerful, soaring new single “The Sound of a Million Dreams.” In a word, wow.