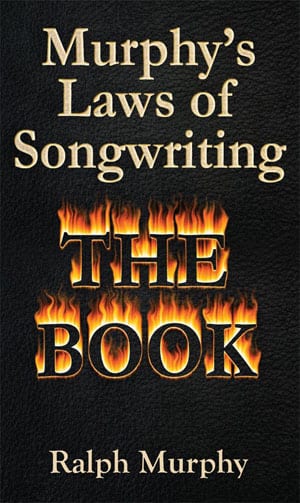 The one thing that you can count on in the music business, as in life, is change. And change was certainly the theme for 2011. The number of country songs reaching No. 1 was at an all-time high of 34 and the number of writers matched that all-time high climbing to 80.

Again this year, 50% of the singles that reached No. 1 (17) were written in whole or in part by the artist. This is good news for the publishers who are investing their money and efforts in artist/writers, not so good for standalone writers and their publishers. In speaking to publishers about what they look for in a writer, the “artist” tag seems to carry a lot of weight and apparently justifiably so.

The only downside to what happened in 2011 is that although more writers had a song go to No. 1, more writers and publishers will have to share the yearly performance money, or “split the blanket” to quote my old pal Harlan Howard. The financial reward may not be as great in some cases, but you had a No. 1 record.

Among songs that raced to the top, the pack leader was Blake Shelton’s “Honey Bee” which made it from zero to No. 1 in 10 weeks. About one-third of the records sprinted up the charts in 11-15 weeks. Fifty percent took the 16-25 week trip. Only five lasted 30-plus weeks: “A Little Bit Stronger,” Sara Evans (33 weeks); “Country Must Be Country Wide,” Brantley Gilbert (33 weeks); “Are You Gonna Kiss Me Or Not,” Thompson Square (36 weeks); and “Crazy Girl,” Eli Young Band (38 weeks). The 800-pound gorilla was Chris Young with “Voices,” which took 51 weeks to get there and made it over a year (53 weeks) on the charts.

As you would expect, because of the amount of No. 1s, 21 of the 34 only had one week at No. 1. “Honey Bee” and Zac Brown Band’s “Keep Me In Mind” both had 4 weeks at the top. Tim McGraw’s “Felt Good On My Lips,” Kenny Chesney’s “Somewhere With You,” Jason Aldean’s duet with Kelly Carkson “Don’t You Wanna Stay,” Blake Shelton’s “God Gave Me You,” and Lady Antebellum’s “We Owned The Night” all stayed No. 1 for three weeks. Residency after leaving No. 1 was generally confined to 0 to 3 weeks.

Artist/Writers
At 50% of the 34 records, it may seem that the artist/writer is the [business] way to go, but the balance that a standalone writer brings to the equation cannot be overemphasized. The artist’s need to put forward a personal view is generally tempered well by the standalone writer, who has a different perspective because he/she is not the performer and doesn’t necessarily shape the song in his/her image.

Seven of the 80 writers involved in creating the No. 1s for 2011 were women. They wrote songs for the nine records that had female artists involved.

Tempo
About 2/3 of the No. 1s were under 100 BPM (Beats Per Minute). Nineteen were 70-90 BPM and only three were under 70 BPM. Although all of 2010’s No. 1s were 4/4, this year Eli Young Band found favor at drive time and waltzed all the way to one of Billboard’s most played country songs.

Intros
Although Kenny Chesney’s “Live A Little” had a 56-second intro and  “Old Alabama” (Brad Paisley) came in second with 33 seconds, if you average all the intros together you get 17 seconds. If you take out Kenny’s intro the average falls to 15 seconds, same as 2010. I guess country radio finds that length handy.

Pronouns
You can love them, hate them, be indifferent to them, but don’t ignore them. They define the situational perception of the listener. Me, you, us, etc.— the first person ruled.

Twenty of the 34 were first person (me, you). Illustrations of this are “so listen Romeo, when you’re feelin’ kinda low, let me tell you where to go” (Reba), “Who are you when I’m not looking” (Blake Shelton) and Billy Currington saying he’s “right on the edge of giving into you” in “Let Me Down Easy.”

The third person (him/her/them) allowed Justin Moore to talk about his “long lost cousin John” and tell him about his daughter and that “she’s a doctor and he’d be proud.” Toby Keith got to talk about his dad buying “nothin’ he can’t fix with WD-40 and a Craftsman wrench.” Those pronouns did their job.

Themes
Romantic Love: “Are You Gonna Kiss Me Or Not?,” “Don’t You Wanna Stay”
Love of Family: “Voices,” “If Heaven Wasn’t So Far Away”
Love of Country: “Made In America”
Love Lost: “Someone Else Calling You Baby,” “Somewhere With You”
Love Found: “Sparks Fly,” “Let Me Down Easy”
Good Time Party: “Barefoot Blue Jean Night,” “Live A Little,” “Am I The Only One”
Revenge/Satisfaction: “Turn On The Radio”
Life Lessons: “Voices”
Morality: “Country Must Be Countrywide,” “God Gave Me You”

Song Length
Bearing in mind that on-air personalities can use as much or as little fade-time as needed to stretch to a break, 23 records settled comfortably in the three minutes and change length. Eight were over four minutes, two were under three minutes, and only one broke the five-minute barrier.

Song Forms/Shapes/Structures
These are outlines of the way listeners seem to prefer to receive their information at “worst time of day possible.” If you want to find out more about them there is a chapter on them in Murphy’s Laws of Songwriting the book.

Fifth Form: Verse, Verse, Bridge, Verse (It is also called the AABA).
Tim McGraw’s “Felt Good On My Lips” took this structure, added a couple more A, B sections and did very well.

Sixth Form: Traditionally this would have been Chorus, Verse, Chorus, Instrumental, Bridge/Middle 8, Chorus Out and was called rondeau or rondo (to quote W.O. Smith in his book “Sideman”).
Blake Shelton’s “Who Are You When I’m Not Looking” (chorus, verse, chorus, verse, verse, chorus) almost did it; Jason Aldean’s “Dirt Road Anthem” starts with chorus, raps out four small verses, goes back to the chorus, then raps three small verses and goes on to chorus after chorus.

Repetition
One of the major differences between pop and country chart toppers is the number of repetitions of the title. Country has a lot less. Five No. 1s had only three uses of title, setting the minimum standard for repetition.

The maximum number of title repetitions with 19 was “Remind Me” (Brad Paisley & Carrie Underwood). I guess they really needed reminding. All the rest fell between 3 and 13 repetitions.

Because the country audience “listens into” a song, multiple repetitions over a 3-6 month period would have a high “burn factor,” so less is more I guess.

Humor/Irony/Detail
If you’re looking for humor, check out Dierks Bentley’s “Am I The Only One” where he calls “wild man Willy” “but Idol was on TV” and went to a “joint looking like a morgue.”

Irony is such a large part of country. One of many examples is Luke Bryan’s “Somebody Else Calling You Baby” when he tells her “you wanted your time and you wanted your space” which is code for “I’m really seeing someone else.”

Details set up some great stories. From “blow the speakers out your Chevy truck,” “paint your toes cause you bite your nails,” “he reminded me of Chris LeDoux,” and “that Copenhagen smile,” detail ruled.

Advice/Best Bets
Writing this part of the yearly analysis is always the hardest part about doing these “perspectives” on the previous year.

Aside from the “write with the artist” approach, it is worth noting that every year, two or three artist/writers actually write No. 1s for other artist/writers. Does this mean that artist/writers are better than standalone or non-performing writers? No, it means that they are really writer/artists! This may come as a (pleasant) surprise to some of you whose publishers have mandated that you write with artists. In the best scenario, the writer/artist leaves the artist at the door and concentrates on making the song a living, breathing piece of work with a beginning, middle, and an end.