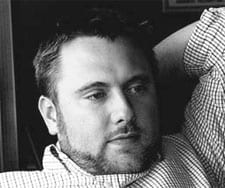 Nashville is enjoying a rash of year-end venture capital deals. The latest two, Populr.me and ArtistGrowth.com, have two music industry names in common, Joe Galante and Mark Montgomery who are part of the investment teams in both ventures.

Populr.me
According to Venturenashville.com, Populr.com is a service that helps small businesses easily create one-page web sites with unique web addresses to better take advantage new digital marketing tools like Groupon. Steering the company is entrepreneur Nicholas Holland who has placed day-to-day control of his company, CentreSource under newly named CEO Evan Owens. The deal between Populr and Nashville’s Bullpen Ventures, closed on Dec. 16. Holland received $25k in capital and a place at the Nashville Entrepreneur Center (NEC) table. In return, Bullpen receives 12% equity in the new company and NEC gets 15% of Bullpen’s share in return for its support role. Bullpen partners include Stuart McWhorter, John Ingram, Joe Galante, Steve Turner and Mark Montgomery. NEC is under the leadership of CEO Michael Burcham.

Artist Growth
This music service is aimed at providing online tools for DIY musicians for career management. The product was created by Matt Urmy and Jonathan Sexton, both Nashville-based musican-turned entrepreneur. According to an invite for the site’s mid-Jan. coming out announcement, ArtistGrowth.com’s proprietary technology integrates finances, calendars, inventory, contacts, social media and mentoring resources within a single interface. Among the named early stage investors are former Sony Records Chairman Joe Galante, echomusic founder Mark Montgomery and Moontoast founder Joe Glaser. The video below features the founders and investors discussing the new software. It’s about “Empowering artists to participate in the business side of music without being too distracted from their creativity,” says Urmy. Included is AGtv which is a series of tutorials from industry pros on a variety of subjects. There is also a vast industry contact database for media, and other contacts. “It’s the record business in a box,” adds Galante.