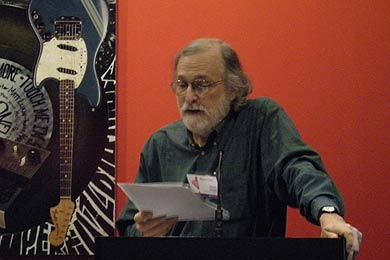 Music educator Dr. David Sanjek passed away Tuesday, November 29 in New York City following a heart attack. He was 59. An authority on music archiving, Sanjek had served as head of the Popular Music Research Centre and as a professor in the School of Media, Music and Performance at Salford University in England. He had previously served as Director of the BMI Archives in New York for 16 years, and had a Ph.D. in American Literature from Washington University in St. Louis. He also served as an advisor to The Rock & Roll Hall of Fame, The Rhythm & Blues Foundation, The Blues Foundation, The Experience Music Project Museum and on several committees for the Recording Academy. He is survived by brothers Roger (Lani) of New York City and Rick of Nashville (also a former BMI employee). Plans for a memorial service have not been finalized at this time. In lieu of flowers, donations may be made to MusicCares.

Willard Mack Scott Jr., father of MusicCityNetworks Managing Partner Lang Scott and grandfather of Lady Antebellum’s Hillary Scott passed away on November 11. He was 75, and had been battling acute leukemia. Funeral services were held Tuesday, November 15 at Elmore McCreight Funeral Home in Sumter, SC. In addition to Lang and Hillary, he is survived by his wife Rose, daughter Cindy, and numerous grandchildren and great-grandchildren. Memorial contributions may be made to Sarah Cannon Cancer Center, Attn: Kathleen Murphy, 2410 Patterson St., Nashville, TN 37203.